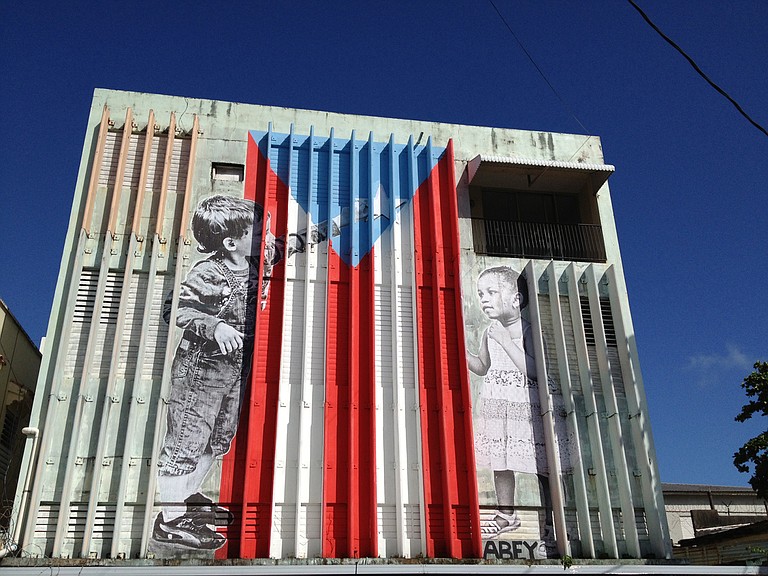 SAN JUAN, Puerto Rico (AP) — Puerto Rico's governor is vowing to make the U.S. territory the 51st state after statehood won in a non-binding referendum hit by a boycott and low turnout that raised questions about the vote's legitimacy.

Gov. Ricardo Rossello told a couple hundred supporters waving U.S. flags late Sunday that he will soon create a commission to appoint two senators and five representatives to demand statehood from the U.S. Congress, which has to approve any changes to the island's political status.

"The United States of America will have to obey the will of our people!" Rossello yelled to a crowd clutching U.S. flags and dancing to a tropical jingle that promoted statehood.

But experts say it is highly unlikely a Republican-controlled Congress would acknowledge Sunday's results, let alone accept them because Puerto Rico tends to favor Democrats.

The referendum has sparked dozens of memes that turned viral, including some showing the tropical island covered in snow.

More than half a million people voted for statehood during Sunday's referendum, followed by nearly 7,800 votes for free association/independence and more than 6,800 votes for the current territorial status. Voter turnout was just 23 percent.

It was the lowest level of participation in any election in Puerto Rico since 1967, noted Carlos Vargas Ramos, an associate with the Center for Puerto Rican Studies at Hunter College in New York. He told The Associated Press that even among voters who supported statehood, turnout was lower this year compared with the previous referendum in 2012.

"Supporters of statehood did not seem enthusiastic about this plebiscite as they were five years ago," he said.

Rossello brushed aside those concerns, noting that the referendum was a democratic process in which the majority prevailed as he questioned why more people did not come out to defend alternatives to statehood. He also said that participation rates varied from 7 percent to 35 percent for states including Wisconsin and Hawaii when they were ratified as states.

Three of Puerto Rico's political parties including the main opposition party had called on their supporters to boycott the referendum, which they labeled a failure.

"Whoever claims that statehood triumphed is being intellectually dishonest," he said. "The boycott defeated statehood."

The referendum coincided with the 100th anniversary of the United States granting U.S. citizenship to Puerto Ricans, though they are barred from voting in presidential elections and have only one congressional representative with limited voting powers.

Many believe the island's territorial status has contributed to its economic crisis, largely caused by decades of heavy borrowing and the elimination of federal tax incentives.

Puerto Rico is exempt from the U.S. federal income tax, but it still pays Social Security and Medicare and local taxes and receives less federal funding than U.S. states.

"We have been a colony for 500 years, and we have had U.S. citizenship for 100 years, but it's been a second class one," Rossello said.

Nearly half a million Puerto Ricans have fled to the U.S. mainland to escape the island's 10-year economic recession and 12 percent unemployment rate.

Jose Rosa, a 62-year-old retired corrections officer, said the island's situation is the reason he voted for the first time in such a referendum, the fifth on Puerto Rico's status.

"We need a change in the way we're living," he said. "You can see the crisis."

No clear majority emerged in the first three referendums on status, with voters almost evenly divided between statehood and the status quo. During the last referendum in 2012, 54 percent said they wanted a status change. Sixty-one percent who answered a second question said they favored statehood, but nearly half a million voters left that question blank, leading many to claim the results weren't legitimate.

The results of the newest referendum could lead to similar claims, Vargas said.

"Whether those results are legitimate or not depends on the audience that may be receiving (them)," he said. "If the advocates for statehood for Puerto Rico want to address the results to the U.S. Congress...then the results may appear weak, particularly when five years ago 834,000 voters supported statehood for the island. If the audience is the electorate in Puerto Rico, well, they spoke louder by their overwhelming abstention."