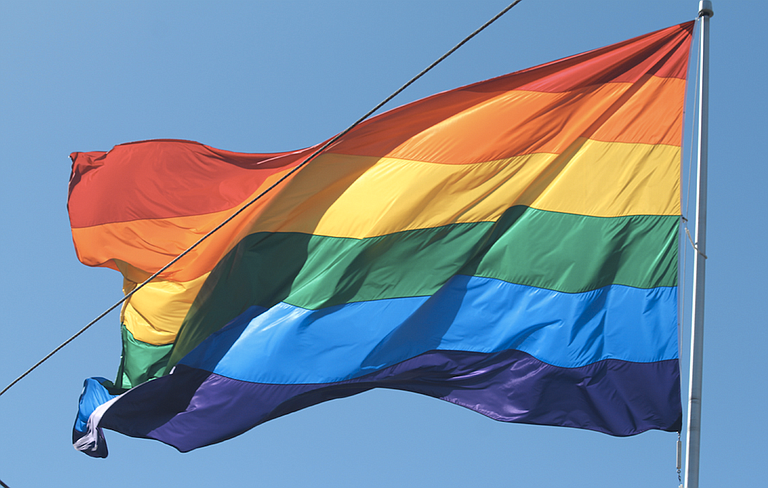 Demonstrators flocked to a military recruiting station in New York City and gathered at a plaza named for a San Francisco gay-rights icon on Wednesday to protest President Donald Trump's abrupt ban on transgender troops in the military. Photo courtesy Flickr/Quinnanya

SAN FRANCISCO (AP) — Demonstrators flocked to a military recruiting station in New York City and gathered at a plaza named for a San Francisco gay-rights icon on Wednesday to protest President Donald Trump's abrupt ban on transgender troops in the military.

A crowd of at least a few hundred people gathered around the U.S. Armed Forces recruiting station in Times Square. They held signs saying "Resist!" and listened to speakers who denounced the ban, which Trump announced on Twitter.

Demonstrator Yael Leberman says transgender people "are completely adequate to serve" and combat is "not about physical, it's about mental" abilities. She says it's unsurprising from the Republican president to say what he said or to see the pushback from a place as diverse as New York City.

It's unclear what the ban will mean for currently serving transgender soldiers.

A transgender woman who identified herself only as Layla told the crowd she's tired of being told who she can or cannot be, and asked for others in the LGBT community to support trans people as they fight for respect.

Doug Thorogood and Nick Rondoletto, a couple from San Francisco, waved a rainbow flag and held a sign that read "The only reason transgenders are being banned from the military is for bigotry."

"Haven't transgender people gone through enough? I'm over it!" Thorogood said, as they marched with the crowd from the Castro neighborhood to City Hall.

"When (Trump) goes for the people with the least rights, I just can't sit back and let that happen," Rondoletto added.

At a smaller gathering at the Los Angeles LGBT Center in Hollywood, U.S. Army Reserve member and transgender man Rudy Akbarian, 27, said at first he thought the news of the President's order was a joke. The five-year military veteran said he was "heartbroken" to learn it was real.