What’s Ahead for the Capitol Complex? 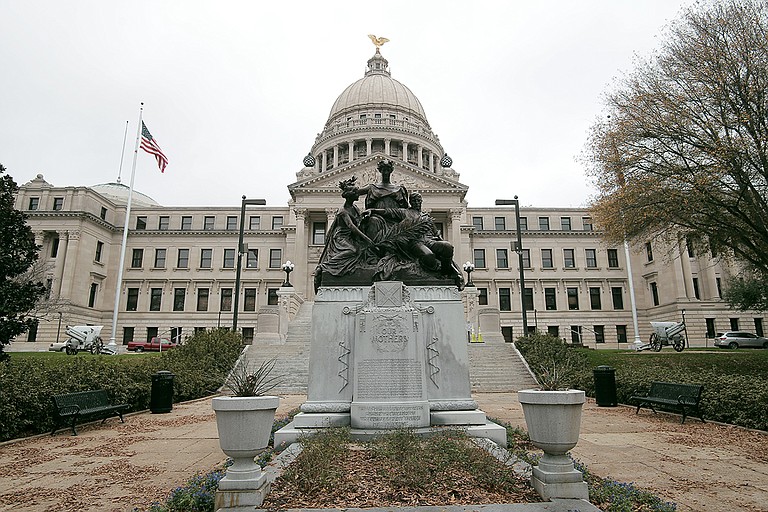 The Capitol Police, whom are responsible for security inside the Legislature and other large state buildings, inherited a larger jurisdiction under the Capitol Complex legislation that went into effect this July. Photo by Imani Khayyam.

JACKSON — Jackson stands to gain additional tax revenue for infrastructure projects located inside the Capitol Complex Improvement District but likely not until next year, even as it will bring immediate changes on the law-enforcement front.

The governor signed the new law creating the district, which became official July 1.

The move broadens the state capitol police's jurisdiction to everywhere throughout the district, which extends only as far north as Fondren, east to the Interstate and into downtown Jackson, stopping at Jackson State University to the west.

The state capitol police now have the power to arrest and take all actions the Jackson Police Department has the authority to do in the area, but Don Byington, director of the state capitol police, said his force will focus primarily on patrolling the State-owned property inside the district.

"Our primary focus is to ensure the safety of both the state employees and citizens that visit or have business at the state-owned property and buildings," Byington told the Jackson Free Press.

The state capitol police are under the Mississippi Department of Finance and Administration and offer 24-hour security at several state buildings as well as surveillance. All 9-1-1 calls made in the new district will still go to JPD, Byington said, and only calls to the special capitol police number go directly to their force.

State employees and people who work in state-owned buildings now have that number to call if they encounter a problem.

The Capitol Complex legislation increased the number of state-owned properties in the capitol police's jurisdiction to include the Mississippi School for the Blind and Deaf and the Agricultural Museum on the east side of Interstate 55.

The capitol police force has 69 officers, many of whom are stationed full-time at certain government buildings. Byington said the crime rate at state-owned property is relatively low—and since the new legislation increasing their jurisdiction went into effect, he has seen little change.

"It's obviously a lot bigger jurisdiction and a lot more buildings, but so far, so good," he said.

Despite the new law taking effect July 1, law enforcement appears to be the only immediate change so far. The Capitol Complex legislation diverts a certain percentage of total sales tax revenue collected by Jackson businesses to go into the Capitol Complex Improvement District Project Fund, but that does not have to start until on or before August 2018.

In the meantime, DFA Director Laura Jackson has sent out letters to begin forming the committee, which will be tasked with approving projects that the diverted tax dollars will fund.

The governor, lieutenant governor and Mississippi House speaker all have appointments to the committee as well as the mayor, the city council, the president of Jackson State University, the vice chancellor for health affairs at the University of Mississippi Medical Center and the city's director of public works. The committee will meet quarterly once it is formed.

Chuck McIntosh with DFA said director Laura Jackson asked those responsible for forming the committee to submit their designees by Sept. 30. The committee's first meeting will likely be at some point in the fourth quarter of 2017. The committee's job is to consult with DFA about projects and the comprehensive plan for the Capitol Complex district, but DFA will ultimately adopt and be in charge of implementing the comprehensive plan for the district.

The City of Jackson keeps a running of list of infrastructure projects, most recently updated in fiscal-year 2016, called the Infrastructure Capital Improvement Program, or CIP for short. The plan is five-year plan with a schedule for the major infrastructure projects in the city. It includes improvements for the city's water, wastewater and stormwater systems as well as roads and bridges.

The CIP includes 338 separate projects, and the longest list comes from stormwater projects, listed by ward. Wards, 6, 1 and 7 need the most stormwater repair work, the CIP shows. Stormwater repairs include actions needed to prepare the city's many creeks for floods and high waters.

The Capitol Complex District is predominantly made up of Ward 7, with small pieces of Wards 3, 1 and 5, which includes Jackson State University.

The Lumumba administration did not respond to interview requests for this story by press time.