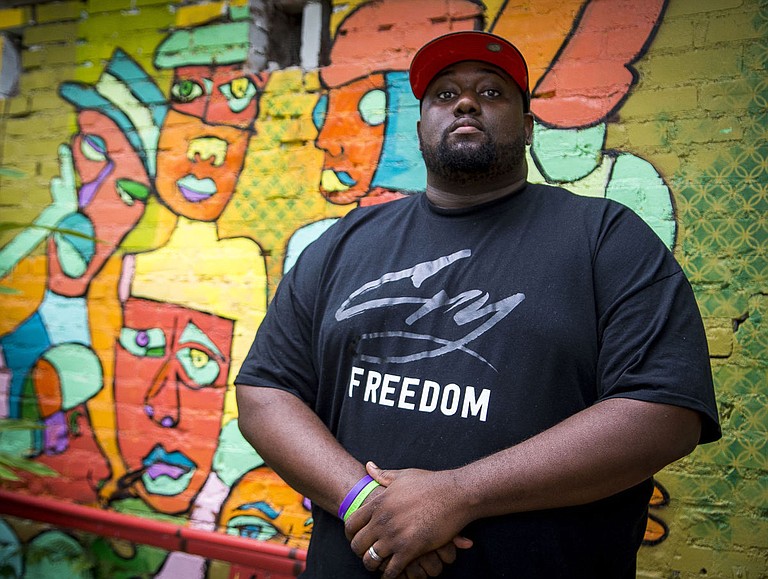 Bryan Marcel Williams, known to fans as hip-hop artist Marcel P. Black, says that he always had music on his mind growing up in the small town of Ardmore, Okla. His father, Malcolm Williams, was a gospel musician, which meant that he had a variety of instruments to experiment with. However, it was visiting extended family that led him to the genre that became his passion.

"When I was maybe 5 or 6 years old, I had an older cousin, who was a die-hard hip-hop fan, way out in the country in Oklahoma," Williams says. "He used to dress up like LL Cool J., so the first (verse) I learned when I was like 5 was from 'I'm Bad' by LL Cool J."

With each visit, Williams' cousin, Meche Roberts, taught him more, challenging him to learn rap songs about characters such as Mickey Mouse and He-Man, and acknowledging his affinity for it.

"There wasn't a big hip-hop scene where I'm from, so pretty much anything I saw on television or that my older cousin introduced me to, I got really into it."

He continued developing his craft through the years, writing original material by age 11 and recording age 16. Fifteen years ago, he moved to Baton Rouge, La., to attend Southern University, where he got a bachelor's degree in history in 2009.

After getting to Louisiana's capital city, though, Williams saw that there weren't many venues hosting rap shows. Instead, he got involved with poetry readings, which eventually allowed him to make friends in the music scene. Over time, he learned how to launch and promote his own events.

Williams has continued to provide opportunities for rappers in his adopted hometown ever since, including through "Hip-Hop Is Alive," a showcase that he hosts two to three times each year at the Spanish Moon, and his main platform, "Fade the Flow Sundays," a free monthly show at Uppercut's Barber Shop.

"Just being frank, Baton Rouge is very segregated," Williams says. "So trying to take a hip-hop show to certain venues and certain parts of town, literally one guy said, 'We want rap music without black people.' I was telling my barber (Michael Thomas), who owns the shop, just happens to have a radio show, and he's a deejay. He was like, 'Well, let's do the show here.'"

Now a year later, "Fade the Flow" has hosted more than 70 touring rappers from around the country, including Jackson rappers such as Dolla Black.

Between touring, releasing his ninth recording project, "Cry Freedom," in July 2016 and working on a follow-up EP, Williams has stayed busy in his own career as Marcel P. Black over the past year. At the same time, he says, promoting his local hip-hop community is important to him.

"When I started, when I was in my early 20s, there wasn't a place to go rap," he says. "I told myself that once I had the platform and once I had the resources, I would do my part. ... On top of creating this type of platform for artists like myself, I wanted to teach and mentor some of the young artists coming up, so they wouldn't feel pressured to take a bad deal, so they could learn to just take care of their art.

"It's important for me to—I hate to say give back, but really build. We can't complain about something not being there if we aren't going to put the work in for it to maintain itself."