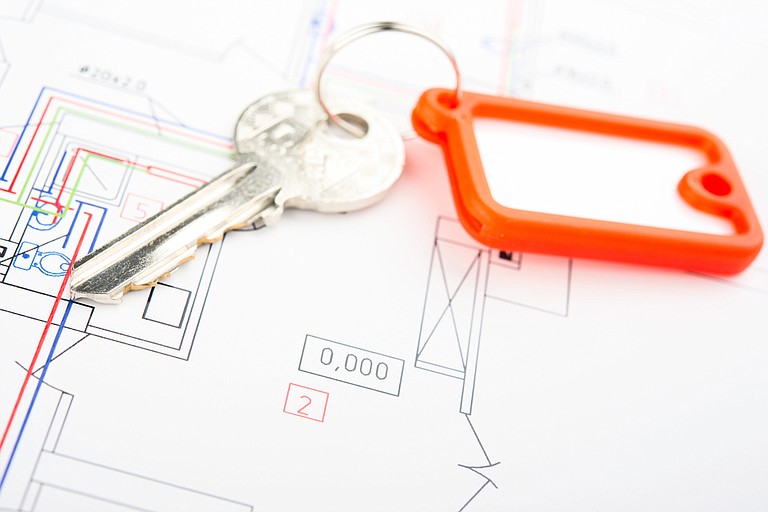 I think part of me has always been worried that I would never find my place in the world, and actually, that's still a murky topic. But at the very least, I firmly planted my feet in one spot and said, "This is where I'm going to grow." File Photo

Once upon a time, I was one of the young people who wanted to get out of this place. In early high school, I imagined that after college, I would travel everywhere, living somewhere for two years at a time. I would go to England and France and Japan and see more of the U.S. than I had before.

But when I was in college, my sister had my niece and nephew, and that made me realize how unhappy I'd feel if I had to be far away from all of my family. I'd have to miss watching the kids grow up, and I didn't want to do that.

So after college, I moved back home, and ever since then, my living situation has been in limbo.

When my mom calls me a Gypsy, she's not really joking. Even though I haven't traveled all over the world, I've moved from place to place ever since I was 19 years old. Before college, I lived with friends, then later with my aunt, and then I moved back home. I lived in a dorm during my first year at the University of Mississippi, and in my last few years there, I lived in an apartment. I then moved back home after college, and after my parents sold their house, I moved in with my grandparents. When they sold their house, I moved into a house in Pearl with my sister. A few months after that, I moved into my apartment in Brandon. And finally, around April of this year, I moved back in with my parents to save money as I searched for a house.

With my living situation always being somewhat in flux, "home" has been a temporary term to me. Even when I was living in my apartment, I knew that, at some point, I'd have to leave. It was just too small for someone who likes to spread out (and whose middle name probably should be Messy). The idea of owning a house had crossed my mind a few times, but at that time, it felt like a pipe dream. It wasn't until my mom encouraged me to talk to someone about mortgages that it became clear: This could actually happen, and much sooner than I thought.

Weirdly enough, it did happen. A little more than a week ago, I got the keys to my new house.

It's been an adventure. In my first week, the refrigerator's water filter and a valve in my laundry room both started leaking; the hot-water handle on my bathtub broke off, so for now, I have to use pliers to turn it on and off; and the other day, a couple of neighborhood cats decided to fight underneath my bedroom window at 1:30 in the morning.

Homeownership isn't easy, and I'm sure a few more mental breakdowns over stuff breaking are probably in my future. But even through the harder parts, I know that I made the right decision. The house isn't perfect. It's older, which means it has a few annoying quirks, but so do I. The more time I spend in it, the more I realize how much it's starting to feel like home. I even went to my house over lunch the other day to check the mail for a package, but really, I was just going to look at my new home (and to also check and make sure nothing had happened, because that's a thing now).

As millennials, I think a lot of us can forget how nice it is to have a real home sometimes—not just a roof over our heads, but a place where we can grow and have room to grow.

We live in a fast-paced world, and we want different things than previous generations. We're getting married much later in life, with a median age of about 30, Goldman Sachs Global Investment Research shows—that is, if we marry at all. A 2014 Pew Research Center survey found that about 67 percent of people ages 18 to 29 agree that society is just as well off if we don't have marriage and parenthood as high priorities.

Even without the issue of crippling debts, a lot of us don't want to own a house. Last year, the United States Census Bureau reported that only about 34.1 percent of Americans ages 18 to 34 are homeowners, which is the lowest percentage since 1965. Meanwhile, the number of people renting is slowly on the rise. A lot of us don't want to be attached to big things. We are the first digital natives, and so much of our world is stored in clouds, so not wanting something permanent like a car or a house makes sense.

And there's this whole idea of brain drain the JFP has long reported on—Mississippi's young people, even the ones who are going to college here, often leave in search of better employment opportunities. To a certain degree, it is true that we could probably find more opportunities in places that have more resources.

Then again, the need for more resources has always been part of my reason for staying. I want to help fight for Mississippi and Jackson, to build a better reputation for my home.

I want to help fight for us to have the resources to fix infrastructure and education, and to help change, at least a little bit, the ultra-conservative mindset that keeps us at the bottom of good lists and the top of bad ones.

I think part of me has always been worried that I would never find my place in the world, and actually, that's still a murky topic. But at the very least, I firmly planted my feet in one spot and said, "This is where I'm going to grow." Grow where you're planted, right? I didn't always want to stay here, but as I've gotten older, I've realized that it's worth it to stay—at the very least, for the people I know and love. These days, the plan is to travel the world and bring back what I can to the metro area while also keeping myself grounded in one place—roots and wings.