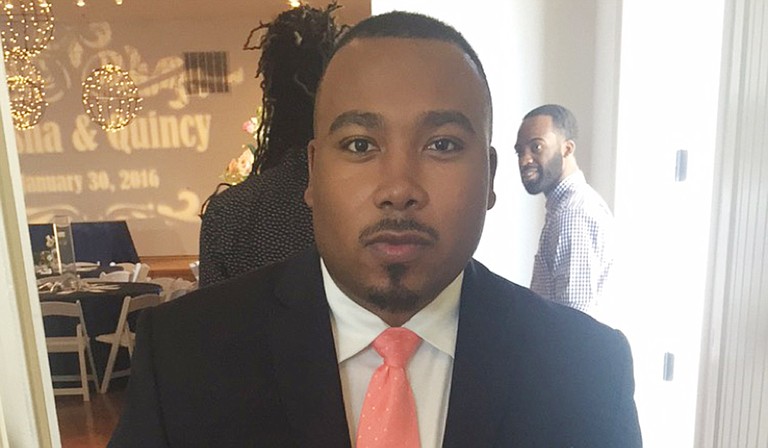 The Mississippi Association of College Registrars and Admission Officers named Xavier Amos as its new president elect at the beginning of July. Amos, who is 27 years old and lives in Jackson, is also the youngest director of admissions to serve at his alma mater, Tougaloo College, and in the state.

Amos' duties as MACRAO's new president-elect include serving as a liaison between Mississippi colleges and high schools, and streamlining resources to make college admissions faster. He also works with recruiters who travel to high schools throughout the state to hold college fairs and attract new students. Amos will organize MACRAO's annual members conference, as well.

As director of admissions at Tougaloo, Amos acts as a point of contact for incoming and enrolled students, and ensures that the college is recruiting in a way that aligns with its mission.

"The two pillars of Tougaloo's mission statement are academic excellence and social-justice commitment," Amos says. "For academic excellence, we pair with Ivy League universities like Brown (University) and others to set up exchange programs focusing on any subject. Our commitment to social justice means we're heavily focused on making sure students are educated not just in the liberal arts but on what is going on in global society. We want them to know the importance of economics, going green and seeing that people are treated fairly, and we want them to see how their passions align with what we do through academics."

Amos is a native of Gulfport, Miss., and graduated from Gulfport High School before attending Tougaloo College. He received a bachelor's degree in political science from the college in 2012 and began working at the school as an admissions counselor two years later. He became the director of admissions in 2016.

"I've always had a keen interest in politics and policy, and wanted to know about the political process," he says. "My grandfather, Tanner Amos, marched with Dr. Martin Luther King Jr. before I was born, and I always saw pictures of that growing up, heard stories about it from him. He told me that it's important to know who the politicians are and told me to be different, to know what's going on. I thought of politics as the key to evoking change in America from an early age and wanted to be someone who made that happen."

In addition to his work in education, Amos runs his own small-business management company, XRA Consulting, which he opened in 2013. XRA helps local companies with contracting, business plans, marketing proposals, partnership agreements and data analysis. He also received the title of Mississippi Brother of the Year from his fraternity, Alpha Phi Alpha, in 2015, and he worked as the primary property custodian for the U.S. Department of Justice from 2010 to 2014.