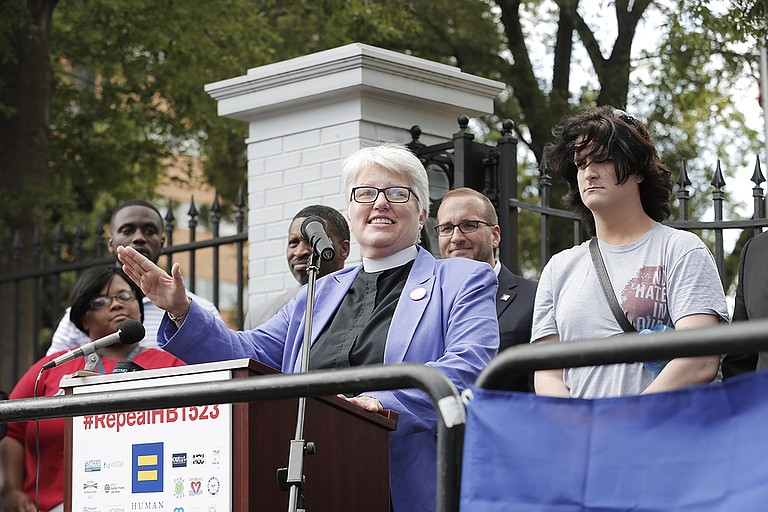 The Fifth U.S. Circuit Court of Appeals will have to decide whether to hear Rev. Susan Hrostowski (pictured) among other plaintiffs' petition to re-hear their case against House Bill 1523; the law does not go into affect until the 5th Circuit issues a mandate. Photo by Imani Khayyam.