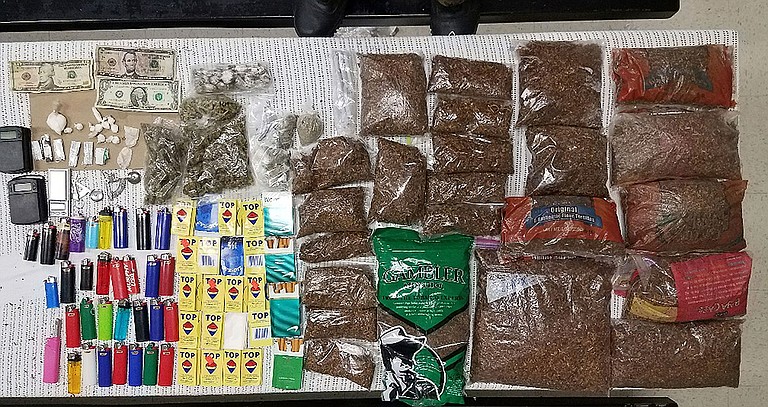 The Mississippi Department of Corrections found and confiscated the most illegal contraband—more than 100 phones—so far this year at Alcorn County Regional Facility this week. Photo courtesy MDOC

JACKSON — Mississippi Department of Corrections officials found more than 100 cellphones at the Alcorn County Regional Correctional Facility on Wednesday, July 12, along with bags of tobacco and shanks. MDOC put the facility on lockdown immediately.

"I am stunned at the amount of contraband found and the level to which it appears to have been hidden in this facility housing 240 inmates," MDOC Commissioner Pelicia Hall said in a press release. "Until the Department of Corrections receives a corrective plan of action, this facility is on lockdown. There is no way staff or inmates are safe with this amount of contraband."

The Alcorn County facility bust is the largest to date since MDOC began contraband shakedowns in the spring, the press release says. MDOC inmates are not allowed to have cellphones while they are in the state's custody. Hall cited a case, in the release, in South Carolina this year, where a maximum-security inmate was caught in Texas, and had used a cellphone to escape.

MDOC officials found cellphones in the ceilings, and some inmates were using light fixtures as phone chargers. They also found contraband in the back of TV sets, inside garbage cans and in an employee's desk.

State law forbids all prison employees to have, furnish or assist prisoners in getting contraband items, which include weapons, substances and cell phones. Those caught with contraband can face felonies with penalties of serving no less than three years in the state penitentiary or paying a $25,000 fine (or both), state law says.

The shakedown is the 15th conducted by MDOC this year through "Operation Zero Tolerance," and Hall warned all facilities to expect an unexpected visit going forward.