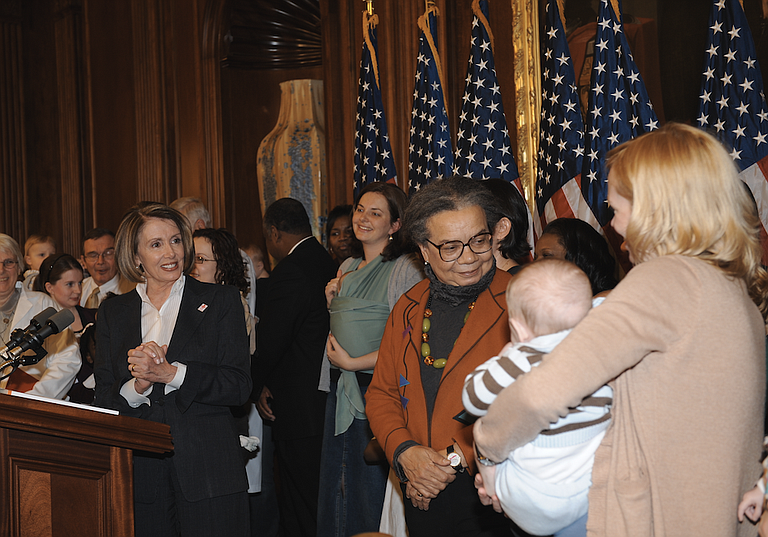 JACKSON, Miss. (AP) — The founder of a children's advocacy group returns to Mississippi next week to examine how poverty affects people's lives, much like Sen. Robert F. Kennedy did 50 years ago.

Marian Wright was a civil rights attorney working in Mississippi in 1967 when she recommended that U.S. senators travel to the state to see for themselves the living conditions of some of the poorest people in the nation.

Kennedy, a Democrat from New York, was moved to tears in the Mississippi Delta by talking to people who lived in shacks and children with stomachs distended from hunger. At one home, reports said a family had only a jar of peanut butter in the refrigerator. Kennedy was assassinated just over a year later, in California, as he ran for president.

Children's Defense Fund founder and director Marian Wright Edelman, along with other Jackson-area youth advocates, unveiled a set of recommendations to end zero-tolerance school-discipline policies that feed what CDF and others have termed a "cradle-to-prison pipeline."

Wright accompanied Kennedy on the tour and met one of the senator's aides, Peter Edelman, during the trip. She and Edelman married in 1968, and she moved to Washington to continue her advocacy work for the poor. Marian Wright Edelman founded the Children's Defense Fund in 1973 and remains president of the group that pushes for public policies to help children living in poverty.

Organizers of her trip say Edelman will travel Wednesday to three small communities in what remain some of the poorest parts the rural Delta — Glendora, Jonestown and Marks — to examine food insecurity, health and poverty.

In April 1967, after a hearing in Jackson, Kennedy went to the Delta communities of Greenville, Mound Bayou and Clarksdale.

Edelman will be accompanied by other children's advocates: Dr. Robert Smith, a physician who has been active in the Mississippi civil rights movement; a representative of a farm workers' organization; Democratic former state Rep. Robert Clark of Ebenezer, who in 1967 became the first African-American since Reconstruction to win a seat in the Mississippi House; and his son and successor in the House, Democratic Rep. Bryant Clark of Pickens. Also joining Edelman on the tour will be Curtis Wilkie, a longtime journalist who covered Kennedy's 1967 trip to Mississippi.

"We will witness and hear firsthand the progress made in the past 50 years," Edelman said in a statement. "I'm also very interested in hearing about the challenges families have, and the resources they would need to work their way out of poverty."

Edelman, a friend and political mentor to former presidential candidate Hillary Clinton, said she is concerned about proposed changes that might affect health care and "safety net programs woven into the fabric of life in low-wealth, rural communities."