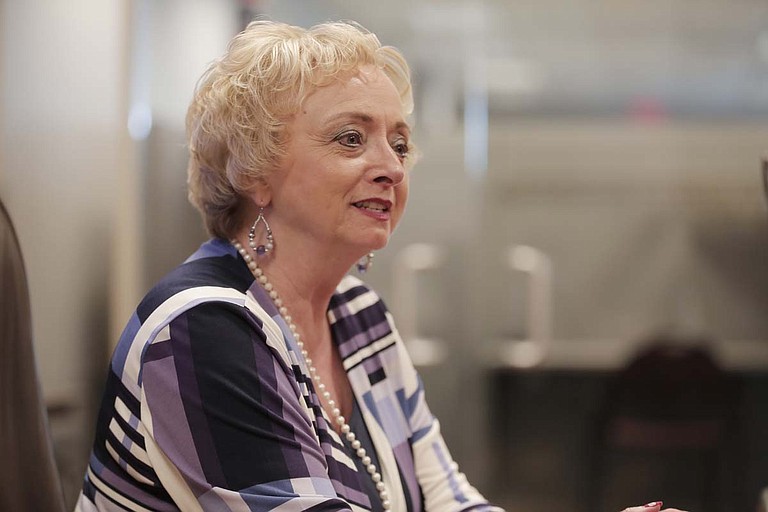 State Board President Rosemary Aultman of Clinton said she wants state Superintendent Carey Wright (pictured) to choose the candidate and then to approve her choice, as is done for leaders of special schools such as the Mississippi School for Math and Science. Photo by Imani Khayyam.

JACKSON, Miss. (AP) — Mississippi education leaders are restarting a search for a leader to take charge of faltering local schools and districts.

Ocean Springs Superintendent Bonita Coleman, who leads a 24-member panel helping to plan the state achievement school district, said the group decided after an early round of interviews that none of the 75 applicants had the qualifications needed.

"I would prefer not to hire rather than to hire someone who cannot do the level of work we need," Coleman said. She said her committee could be ready to recommend a candidate by October.

In the meantime, state Board of Education members must decide how much control they want over hiring the district's superintendent. State Board President Rosemary Aultman of Clinton said she wants state Superintendent Carey Wright to choose the candidate and then to approve her choice, as is done for leaders of special schools such as the Mississippi School for Math and Science.

Others want a direct part in interviewing and choosing. Board member Johnny Franklin of Bolton said in April that he believed the superintendent should report directly to the board, based on his reading of state law. It says, in part, that "the state Board of Education shall select an individual to serve as superintendent of the Mississippi Achievement School District."

Aultman said she's setting up a committee of board members and top department leaders to examine the law and set a policy for the board's role by August or September.

Rep. Charles Busby, a Pascagoula Republican who drafted the law, has said he assumed Wright would oversee the district superintendent.

The achievement school district is an attempt to improve the academic performance of long-struggling schools. It could take over schools rated F by the state for two straight years, or any district rated F for two of three years. A school would remain under state control at least until it scores a C rating or better for five years.

The district is supposed to start taking over poorly rated schools in the fall of 2018. State leaders are trying to hire a superintendent soon, so the leader would have time to help set up the framework of the district and pick subordinates. Both Coleman and Aultman said they didn't believe the new search and questions over board involvement would delay things.

There were 19 districts rated F following the 2015-2016 school year, and all could be eligible for a takeover in fall of 2018 if they fail again this school year. There are also individual F-rated schools outside of F-rated districts. Coleman, though, said the district is unlikely to take over every failing school or district. She said her committee may suggest that the district take over only the worst-performing of the F-rated districts.