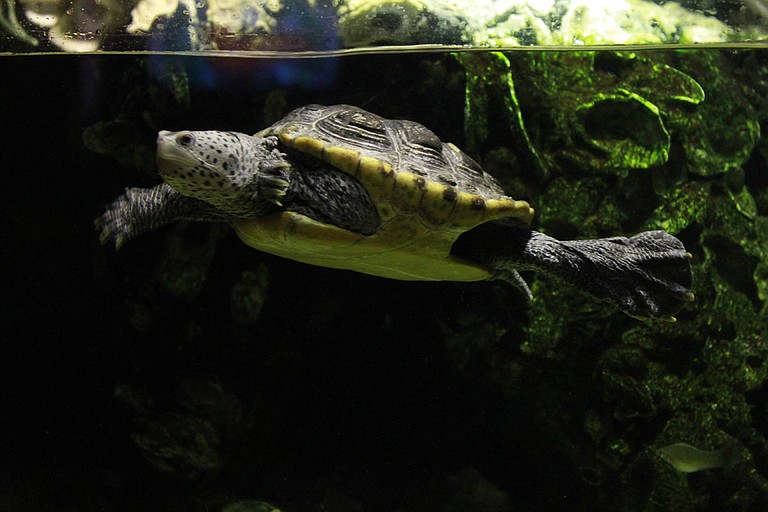 In the world of Top-40 radio, Y101 is one of the stations that stands out, and not just because it earned two Best of Jackson titles, Best Radio Personality and Best Radio Station, yet again. The company that owns Y101, The Radio People, has several stations throughout the South, but allows them some freedom to bring individuality to their programming.

"We want to be the iPod for the city of Jackson," Y101 program director and morning-show host Carson Case says. "We want you to be listening to your favorite songs every time you get in the car."

Case starts his day with co-hosts Chris Bender and Cami Marlowe on "The Morning Showgram with Carson and Bender." By the time people tune in, they've been up for hours preparing for the show, and when the program is over, they begin prepping for the next day.

"We have a real passion for what we do," he says. "This is a blessing."

Both hosts credit the listeners for their success, saying that they help to move the show forward every morning.—Dawn Dugle

New Stage Theatre, which Jacksonians selected as 2017's Best Local Live Theater/Theatrical Group, is one of the groups that helped bring art to the forefront in the metro area, and it's been around so long that most people in the area have at least heard of it, and most have attended plays there.

Jane Reid Petty founded New Stage as a nonprofit in 1965, and its first season began in winter 1966. The company produced 13 seasons in its first building, a repurposed church on Gallatin and Hooker streets, before moving to its current location in Belhaven in 1978.

In 2016, the theater began its 51st season, which featured plays such as "Our Town" and "A Christmas Story: The Musical," along with this year's winner for Best Stage Play, "Steel Magnolias." Many southern women will remember the play's 1989 movie adaptation, which starred actresses such as Dolly Parton, Julia Roberts and Sally Field. New Stage's production opened Sept. 13, 2016, full of gossip, southern banter, and of course, big hair. New Stage's next production, "Madagascar—A Musical Adventure," opens Jan. 27 and runs through Feb. 5.—Amber Helsel

When people research the art community in Jackson, one of the first results they may come across is one of the largest art museums in the state, the Mississippi Museum of Art. It has come a long way since its beginnings as the Mississippi Art Association in the early 1900s.

In conjunction with the "When Modern Was Contemporary" exhibit, which opened April 9, 2016, and ran through Oct. 30, 2016, the MMA put a greater focus on modern and contemporary art over the past year, including through classes, seminars and the monthly Museum After Hours events. The exhibit also inspired the "Mapping a Modern Mississippi" initiative, through which the museum facilitated interviews with many important creatives around the state to highlight Mississippi's growing artistic community. MMA continues a focus on visual art from around the state with the Mississippi Invitational exhibit, which opened Dec. 17 and will run through March 11.—Amber Helsel

Learning is a lifetime thing. We all have hobbies and skills we want to pick up, and most likely, we all want to learn more about specific topics. That is where this year's Best Public Forum or Speaker Series comes in. For the second consecutive year, Jacksonians chose Millsaps College's Arts and Lecture Series for the award.

The college created the series in the mid-1960s as a way to bring speakers and programs to share knowledge on topics such as music, art, literature and history to Jackson-area residents. Recent programs have included a talk on the craft-beer industry in Mississippi with Craig Hendry, Lucas Simmons and Matthew McLaughlin in November 2016 and "The State of Our State: Mississippi at 200 Years" with speakers Frank X. Walker, William Martin Wiseman and Stephanie Rolph in January.

For the next event, world-renowned guitarist David Burgess will host "An Evening of Latin Guitar Music" on Feb. 21.—Amber Helsel

Even if you're not a fan of ballet, chances are, you've heard of Ballet Magnificat!, which has been a winner and finalist in Best of Jackson for many years.

Founders Kathy and Keith Thibodeaux are artists in their own right. Keith played Little Ricky on "I Love Lucy" and Johnny Paul on "The Andy Griffith Show." He was also the drummer for rock band David and the Giants.

Kathy was one of the first contract dancers for the Jackson Ballet Company. She also won a silver medal at the USA International Ballet Competition in 1982.

The pair founded Ballet Magnificat! in 1986 and opened its School of the Arts three years later. Today, the school has about 300 students enrolled, and its company has two full-time touring troupes under the Ballet Mag umbrella. When they're not touring across the world, you can also catch them performing at local churches and through productions such as 2016's "Light Has Come: The Angels' Story."—Jessica Smith

Any urban area like Jackson deals with difficult issues such as homelessness. Thankfully, the city has a few organizations and people that step up to help stem it, including this year's winner for Best Nonprofit Organization, Stewpot Community Services.

The nonprofit started out in 1981 as a collaboration between seven local churches across many denominations that came together to figure out how to better help Jackson's homeless and poor populations. At first, the organization made use of an old gas station on West Capitol Street while the organization was housed in Central Presbyterian Church nearby, but after the church closed in 1992, the Presbytery of Mississippi donated the building to Stewpot.

Along with its Community Kitchen, which provides lunch to more than 120 people in need every day, the organization also has services such as men's and women's shelters, a clothing closet, a food pantry, a health clinic and the Opportunity Center, which is a day shelter that gives more than 100 homeless Jacksonians access to amenities such as showers, washing machines, computers and telephones each day.—Amber Helsel

If you ever want to find a location to get in touch with nature, try the Mississippi Museum of Natural Science, this year's winner for Best Community Garden/Nature Attraction.

Fannye A. Cook, who helped to create the state's first game laws and led a grassroots effort to create the Mississippi Game and Fish Commission, founded the museum in 1932. These days, the museum has no shortage of new things to check out. It features multiple nature trails, a 100,000-gallon aquarium network, and a 1,700-square foot greenhouse for children and adults alike to learn and explore.

The museum also has fossil specimens and other permanent exhibits, and often hosts special traveling attractions, such as the Smithsonian Institution Traveling Exhibition Service's "Titanoboa: Monster Snake," which runs Jan. 28 through April 23, and introduces visitors to the largest snake fossil ever found.—LaShanda Phillips

Best of Jackson exists as a way for Jacksonians to praise their favorite parts of their hometown. "Let's Talk Jackson," which people voted as this year's Best Local Podcast, is like the recorded equivalent of that idea.

Since launching the podcast in summer 2015, host Beau York, owner of the Podastery Network and co-founder of the Satchel Podcast Player, and guest hosts Paul Wolf, Chellese Hall, Hunter Camp and Curnis Upkins III have interviewed more than 40 entrepreneurs, artists, and other innovators from the Jackson area and beyond. York also volunteers to teach podcasting to Youth Media Project students.

"There are a lot of very talented people in Jackson and a lot of fun things happening, but Jackson, historically, doesn't get the credit it deserves in terms of those that are here, that have planted a flag and are staying, working to do some amazing things," York says.