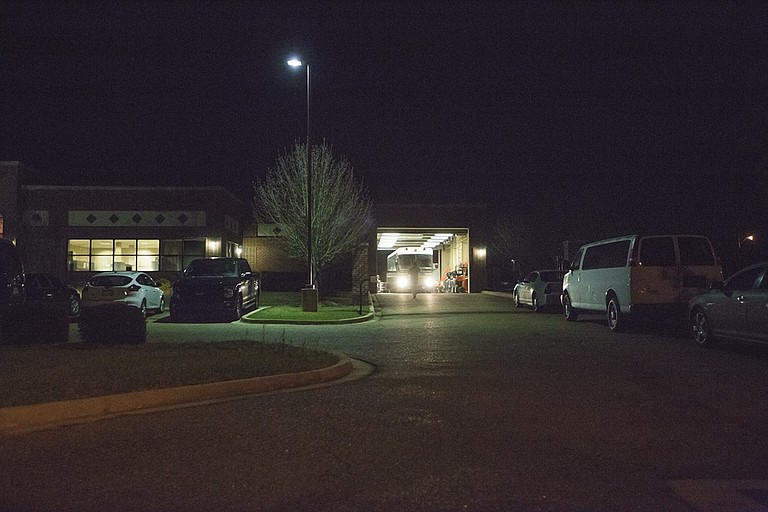 The Office of Homeland Security office in Pearl was active the night of Wednesday, Feb. 22, 2017, after U.S. Immigration and Customs Enforcement officials raided eight restaurants in Mississippi today. A large bus was at the site after dark. Photo by Imani Khayyam.