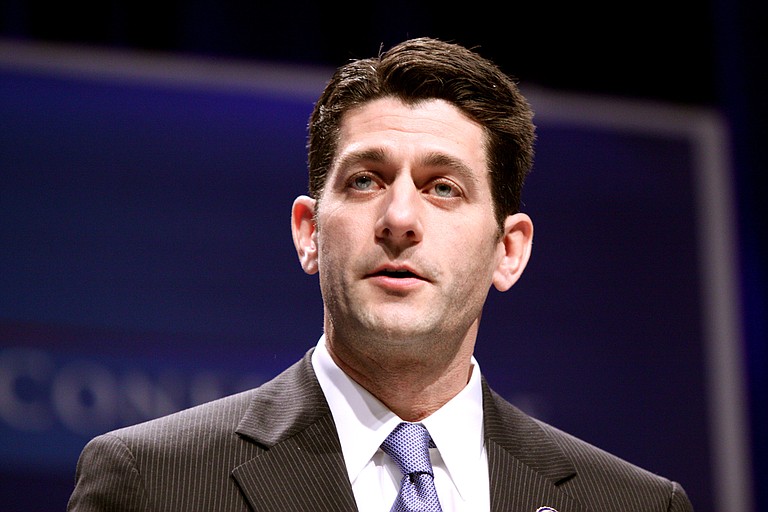 WASHINGTON (AP) — Leading Republicans described some of their plans for remaking the nation's health care system to rank-and-file House members Thursday. Participants said conflict remained, and the details and timing of how the GOP will deliver on its long-promised replacement of President Barack Obama's law went unanswered.

"Unrealistic may be a strong word, but it is a super-large task," Rep. Mark Walker, R-N.C., said when asked about past GOP promises to quickly deliver legislation repealing Obama's overhaul and replacing it. "We're getting there; we're getting closer."

House Speaker Paul Ryan, R-Wis., told journalists after the closed-door meeting that after Congress' upcoming weeklong recess, "We intend to introduce legislation to repeal and replace Obamacare." He provided no details.

Among the options discussed was repealing some or all of the $1.1 trillion in taxes over 10 years that Obama's overhaul imposed to help finance its expansion of health coverage. In its place, House Speaker Paul Ryan, R-Wis., proposed taxing the value of high-cost health insurance provided by employers — an idea that is certain to draw opposition from some Republicans who have long refused to vote for tax increases.

The evolving GOP proposal would revamp the Medicaid program for the poor and create federally subsidized state pools in which people with costly diseases could buy coverage, participants said.

It would eliminate the tax penalties Obama's law imposes on people who don't buy insurance and the subsidies the government provides to most people buying policies on the online marketplaces the statute established. In their place, there would be refundable tax credits and health savings accounts people could use to help afford coverage — proposals Democrats have mocked as inadequate.

Refundable credits mean that even people with low or no income would receive checks from the IRS. That has drawn opposition from conservative Republicans who say that system invites fraud.

Health Secretary Tom Price, until last week a member of the House himself, addressed the lawmakers and told them President Donald Trump would give them strong backing during the effort.

According to Rep. Bill Flores, R-Texas, he also told them that the administration wants the House to introduce legislation before Trump produces his own package. Some Republicans have been eager for the White House to advance a proposal first because they are leery of supporting something that ends up not getting Trump's backing.

Thursday's closed-door meeting came with Congress about to start a week-long recess. That will send lawmakers home to energized voters, mostly Democrats, who have crammed town hall meetings to complain about GOP efforts to repeal Obama's law. Lawmakers are eager to have something to show constituents.

Despite the options that Ryan and other GOP leaders presented, lawmakers said they still didn't have bill text or final decisions in many areas, leaving it uncertain how quickly they will be able to vote on anything. Also still lacking are cost estimates from the nonpartisan Congressional Budget Office, which are crucial because some proposals might end up proving too costly for Republicans to support.

Echoing many of his colleagues, Rep. Pete Sessions, R-Texas, remarked as he left the meeting, "The devil's in the details."

The House GOP meeting followed moves the day before by the Trump administration aimed at curbing Obama's law. These included making it harder for people to sign up for coverage outside of open enrollment periods and eased IRS enforcement of fines for people who don't buy insurance.

In a significant departure from Ryan's summertime proposal, the options being discussed Thursday would not address Medicare, which helps pay for guaranteed health care for the elderly. Ryan has backed reshaping it into a voucher-like program that people could use to buy coverage, but Trump has said he doesn't want to revamp Medicare.

On one of the most contentious issues, Republicans would gradually change Medicaid, which helps poor and disabled people afford health care. While it now guarantees coverage for everyone who qualifies, the options being discussed include giving money to the states generally based on the number of Medicaid beneficiaries with adjustments for the type of care they need, and states would have more power to decide who qualifies for coverage.

Republicans would provide extra money to both the 31 states that expanded Medicaid coverage under Obama's law and the 19 others — mostly dominated by the GOP — that refused to do so. That disbursement of funds has caused major rifts between GOP-led states that increased their Medicaid coverage and don't want to lose that money, and states that didn't expand but want extra funds now.

And because of many Republicans' opposition to abortion, the retrofitted medical system would block Planned Parenthood from receiving federal payments, which comprise nearly half its annual $1.1 billion budget.