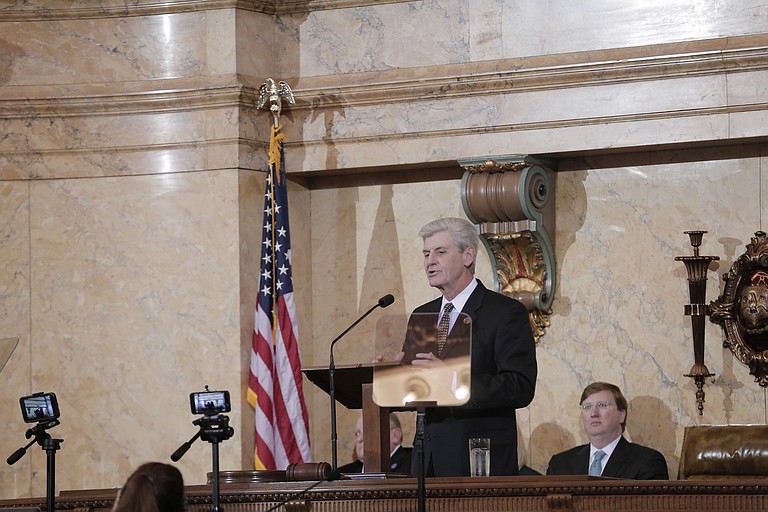 The Senate killed the bill that would have put Gov. Phil Bryant in charge of the mental-health department on Monday. Photo by Imani Khayyam.

Long, long ago doctors thought separating the mentally ill from society was the best solution or "cure" to mental illness. Many doctors also prescribed procedures such as shock therapy for the mentally ill. It is 2017, however, and science today suggests that segregating people with mental illness instead of allowing to live in the community is not only detrimental to their health and well-being but is also costly to states to maintain.

The 1999 Olmstead v. L.C. decision 1999 set precedent for the U.S. Department of Justice to sue states that did comply with the new standard: Unjustified segregation of persons with disabilities, including those with mental illness, in institutions violates the Americans with Disabilities Act.

Mississippi has had 18 years to get compliant with the new standard, and to be frank, lawmakers in 1999 should have gotten to work. The State's mental-health department runs six institutions that provide in-patient behavioral health programs for Mississippians with mental-health or substance-abuse problems as well as six more facilities that only serve individuals with intellectual and developmental disabilities in the state.

In total the department runs 12 institutions.

Advocacy organizations sounded the alarm for Mississippi's young people back in 2010, filing a lawsuit against the State for its institutionalized system of care for youth, but nothing changed.

In August 2016, the U.S. Department of Justice sued Mississippi for its adult mental health-care system, alleging that the state over-relies on institutions, and we do. The actual problems with our state's system of care have long been shrouded in secrecy either by lawmakers, agency heads or both in the past almost two decades.

For these reasons, lawmakers should and could have addressed mental health-care reform in previous sessions as well as this session. It turns out that addressing the problem with secrecy and an assumption of a Republican supermajority won't always work. The Senate killed the bill that would have put Gov. Phil Bryant in charge of the mental-health department on Monday.

At least part of the reason for this is due to a lack of transparency and openness from higher-up leaders about the dire needs of the state's system of care. Sen. Buck Clarke, R-Hollandale, cited a taxpayer-funded report that has been under a protective order for years, hidden from the public.

In addition to negotiating with the DOJ for all these years, the attorney general also should have been more transparent about just how bad the system is. No one is talking about systemic change, except in passing, and that is problematic.

The State of Mississippi must close some of its institutions, simultaneously opening community-based mental-health services across the state. This will take money, coordination and bi-partisan support to work. Politicking about mental health and not being transparent are not going to make the path to get there easier or cheaper, and the Legislature needs to wake up and face it before taxpayer dollars are spent on litigation for 10 years.