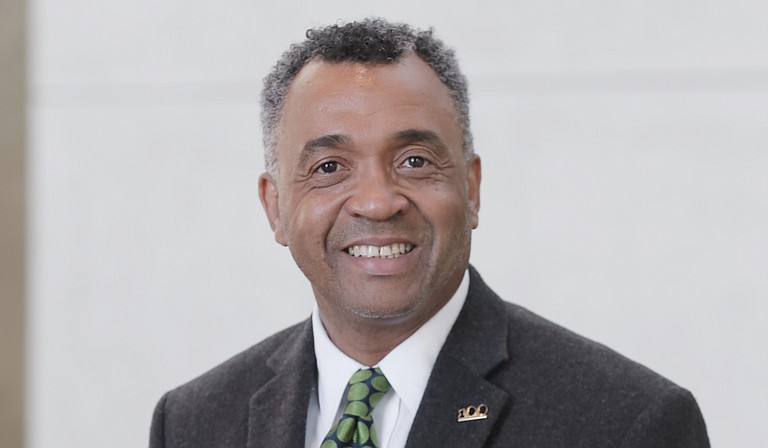 Florence, Miss., native Donnell Lewis joined mentoring and service organization 100 Black Men of Jackson in 1990, when it had been active for only a few years. He started off in the ranks as a recording secretary, then moved to corresponding secretary, then treasurer, then vice president, before he became 100 Black Men of Jackson's president in 2013.

"Our passion is mentoring," Lewis explains about the organization. "(100 Black Men of Jackson) is known as the flagship organization for mentoring young minority boys in Jackson Public Schools. And just to see a young kid's life change because of me in their lives has really touched me, and struck a nerve with me."

Lewis, 54, says there is a focus on community between the mentors and mentees of the 100 Black Men organization.

"We think mentoring is the key to break the cycle of the violence that's going on among our high school kids," Lewis says. He emphasizes that a lot of these young men come from single-mother households. "We are the only male role models in their lives. So once (they join), it's hard to let go."

One of these success stories is a young man named Jarvis, whom Lewis first met when he was in the third grade. The two grew very close and remained that way throughout the mentee's life.

"Even today, Jarvis knows me as Dad or Mr. Donn, and his kids have come to know me as who I am," Lewis says.

Stories like Jarvis' are not uncommon, Lewis says. Kids who come into the organization in the third or fourth grade often keep in contact with their mentors once they've graduated from elementary, middle or even high school.

"It's the attachment that happens with the kids that once you start, you can't turn back on them," he says.

For Lewis, the bond between mentor and mentee is an essential part of the work. "Once you (find) a mentee, you never want to disappoint him. You always want to be in his life," he says.

The organization is starting a tutoring program in early March with some of the failing schools in the Jackson Public Schools district.

"Our slogan is 'it takes a village to raise one child,'" Lewis says. "And we figure all the kids who are in Jackson Public Schools are (100 Black Men of Jackson's) kids, so we want to touch as many kids as possible to make their lives successful."

The organization also offers health and wellness screenings, an annual health fair, and summer swim lessons for the community.