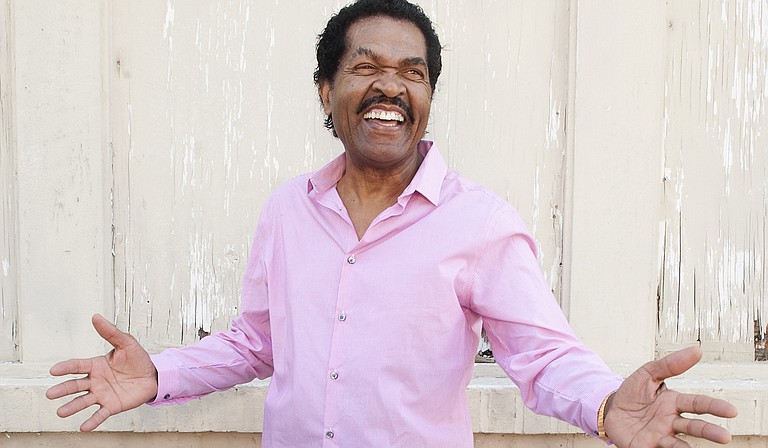 When the 59th annual Grammy Awards air Sunday, Feb. 12, Mississippians will have more reason to watch than just the performances and celebrities at the Staples Center in Los Angeles.

This year, three prominent bluesmen from our state, Bobby Rush, Vasti Jackson and Luther Dickinson, are nominated for the Best Traditional Blues Album.

Rush, 83, is a Jackson-based blues icon celebrating his fourth Grammy nod, this time for his latest offering, "Porcupine Meat," released in September 2016. Jackson, 57, is a McComb-native blues guitarist and vocalist, receiving his first individual Grammy nomination for his sixth album, "The Soul of Jimmie Rodgers," released in May 2016; he also played guitar and served as the musical director on "Porcupine Meat." Dickinson, 44, is a Tennessee-born blues guitarist who grew up in north Mississippi, also known for his work with the North Mississippi Allstars and The Black Crowes. He is nominated for his solo double-album, "Blues & Ballads: A Folksinger's Songbook, Vol. I & II," released in February 2016.

The Jackson Free Press spoke with the Mississippi musicians to learn more about their Grammy-nominated albums.

Jackson: "I am surprised by the nomination. 'The Soul of Jimmie Rodgers' is a labor born out of love and the spiritual immersion into a music that I interpreted via first person, with African influences that Rodgers encountered due to his intimate cultural exchanges with African Americans early on from a second-person perspective. These songs resonated with me because I let my cultural life experiences bring forth the interpretations.

"The blues comes out of the messages of truths that are revealed to a man at different stages in his life. Thus, each artist will deliver that message to the world in very different ways, i.e. Rodgers yodeled his truths, and I put the beat of the African drums and the nuances of jazz into mine.

This CD chronicles my life, with the memories of train whistles that I heard because we lived near the tracks and to the point of where I am now, still moving on my life path. In May 2016, I did the play, 'Jimmie Rodgers: America's Blue Yodeler,' and it brought me closer to my culture as a Mississippian that is experienced by every man, woman or child born of the loamy soil—a man, his voice and his guitar."

Dickinson: "Music has always been a part of my life, starting with my parents. Mom played piano at the Poplar Avenue Baptist Church (in Memphis, Tenn.), and Dad played guitar and piano, so it was easy for me to learn to play music. But when I heard the blues, I was hooked, and I couldn't leave it alone. About 12 years old, all I remember is hearing the blues of Junior Kimbrough and R.L. Burnside, and it infected me—that's all I know.

"It's something that gets down in your soul because it's the life we experience put into songs that tell the stories of what we go through in this life. That's why it will never go away. Every generation has the blues in their lives, and that's why guys like Mr. Sipp, (Christone 'Kingfish' Ingram), Jamell Richardson, Homemade Jamz (Blues Band) and Jarekus Singleton are giving blues their modern touch—not trying to sound like the old-school masters, but tell their stories with the same passion and grit that is ingrained in the souls of blues people.

"I'm honored and humbled to be nominated for a Grammy, but I really feel Bobby Rush should win it because he is a master, legend and purveyor of this blues music. Bobby has lived his blues; it's obvious when you hear him play the (harmonica) or sing his blues."

Rush: "I am humbled to just be in the race at this time in my career. It's another step on the ladder of my blues journey that I've been on for so long, I never thought I'd be here as a black man, who has crossed over on both sides of the street. People from all walks of life now understand that the blues comes into everybody's life, and this blues music is used to celebrate good and get you through bad times.

"How blessed is a man be to be recognized for the work that he has done? I'm thankful to all of my fans who have stuck with me over the years and for their votes. I feel real good that God has blessed me to be on fire at 83 years old and still relevant in the game.

I think at least six of the songs on the 'Porcupine Meat' CD could stand on (their) own as a hit single, and that's a good feeling to have—especially with all of the work that goes into producing even one song that you feel could be hit out of 10 or 12 songs on a CD.

I'd love to bring home the prize, but if I don't, I feel like a winner just by being nominated among the best in the business, especially among the likes of my fellow Mississippi man, Vasti Jackson."