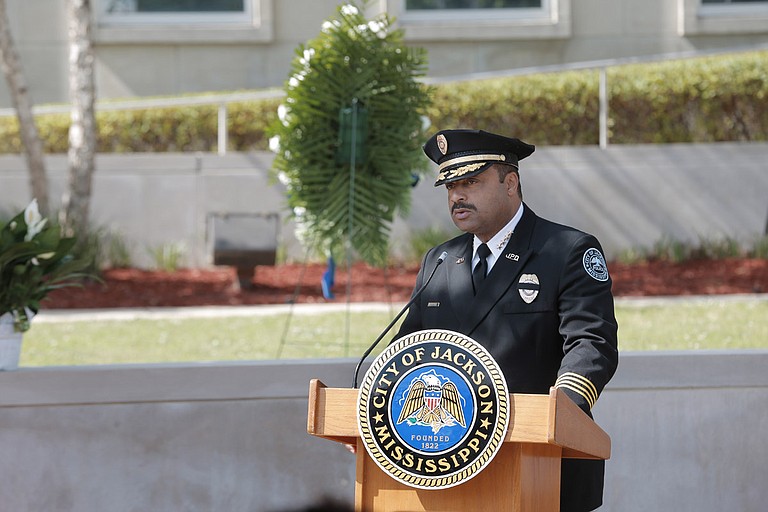 JPD's Twitter feed confirmed the retirement this afternoon: "Lee D. Vance to retire at the end of the year after 30 years of service to the Jackson Police Department and the citizens of the City of Jackson. Congratulations on your retirement and good luck in your future endeavors!"

Late today, at 5:27 p.m., Mayor Chokwe Lumumba sent out a statement: "“Chief Lee Vance will be retiring at the conclusion of the year. Both in my capacity as Mayor and prior to becoming Mayor, I’ve had great respect for Chief Vance. He has been an asset to the City and an asset to my family personally. We celebrate his thirty plus year career and an argument can be made that Chief Lee Vance is the best police chief that the City has seen to date.”

Vance told WAPT that he is planning to stay in Jackson where he helps his children with a carry-out restaurant and also plans to do security work. He also heralded his tenure as police chief.

"Our Police Department has made the shift to true community-oriented policing," Vance told WAPT. "Hostile relationships between law enforcement and the public in many cities around the country probably remains the No. 1 social issue in the country. We recognized that and we purposely made a turn toward improving relationships between ourselves and those who we seek to serve. That's the No. 1 priority."

On Dec. 7, Vance stood next to U.S. Attorney Mike Hurst as he announced a controversial crime-fighting plan working with local, state and federal officials to arrest suspects and withhold both bail and parole, with the goal of sending suspects to federal prison in other states.

Vance praised the plan at the press conference, which includes sending local suspects in certain serious crimes away for "a long time perhaps thousands of miles away from here," the chief said then.

On Twitter, Lumumba responded to criticism of Project Eject in a conversation with Los Angeles police-reform advocate Tariq Nasheed.. "Project Eject is not a city-mandated or controlled program. It is a federal (program) and was implemented before my tenure under a diff name. The new Asst US Atty renamed it. As a defense atty & community activist, I am deeply committed to human rights & crim jus reform," he tweeted. He added that is a program that the city has been involved with before under a different name, but didn't provide specifics.

Nasheed responded: "As an attorney, I know that you are aware that the PROJECT EJECT program is a blatant violation of the 8th Amendment. I understand that it's a federal program, but they need cooperation from the local Jackson Police Dept. So who decides what cases are federal?"

Lumumba answered yesterday: "JPD investigates crimes. They have no say so in what prosecutory body decides to move them forward. I’m committed to ensuring that everyone experiences safety, justice, & equity."