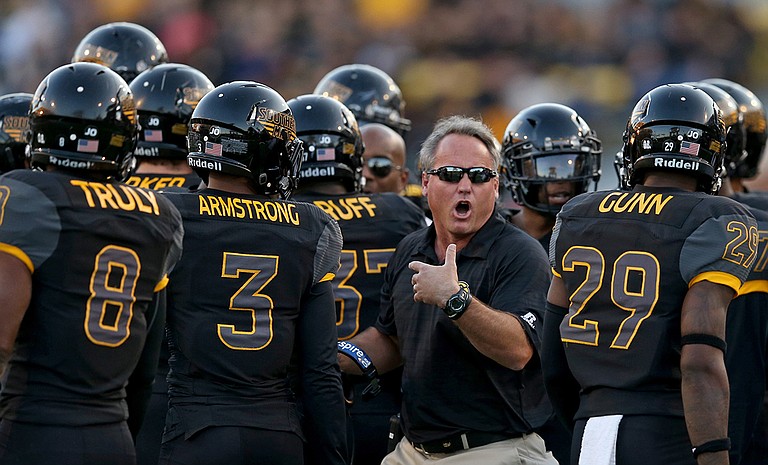 Year one of the Jay Hopson era was frustrating. USM opened the season with a major comeback victory over the University of Kentucky only to commit three turnovers in a loss to Troy University.

The Golden Eagles had some reasons for losing those games, including quarterback Nick Mullens' injury. But the biggest problem was the mental lapses on offense and defense mental lapses. At times, the defense would forget to tackle or cover for long stretches. The offense would stall in scoring positions or take forever to get going, even with Mullens at quarterback.

USM definitely should have won more games, but at least the program didn't bottom out after the coaching change. The Golden Eagles have a chance to improve in Hopson's second season.

Southern Miss has to replace Mullens. Sophomore Keon Howard or junior Kwadra Griggs are the top choices to take over behind center. Howard started last season when Mullens was injured, and Griggs re-shirted.

No matter who starts at quarterback, USM running back Ito Smith will be the offensive star. Smith has the ability to take over games if the Golden Eagles don't forget about him getting pass-happy on offense.

The team's passing game will feature Allenzae Staggers at wide receiver, that is, if a quarterback on the roster can get him the ball. USM has to rebuild the offensive line with just two starters returning.

Southern Miss has some holes to fill on defense, but the good amount of returning players can help with the transition. Defensive lineman Xavier Thigpen and defensive back Picasso Nelson are two seniors the defense must rely on this season.

USM needs to get better at forcing turnovers on defense and protecting the ball on offense. Last year the team finished -17 in its turnover margin, which didn't help the Golden Eagles win games.

Smith will have to carry the load early as either Howard or Griggs settles into the starting quarterback job. Smith is the only returning player in college football with 3,000 rushing yards and 1,000 receiving yards over his career.

If the defense can keep mental breakdowns to a minimum, it should help the team win those games it shouldn't have lost last season.

Hopson did a good job after getting to the team just a few weeks before the 2016 signing day. He now has had a full year to put his system and philosophies in place.

USM hosts the Wildcats, but travels to the Bulldogs and Volunteers. Southern Miss could win the C-USA West if they can get past Louisiana Tech. Out-of-conference games against Southern University and University of Louisiana, Monroe, shouldn't be too much trouble.

Southern Miss always seems to lose a game or two the team should win. That game could be a trip to West Virginia to face Marshall University. But there is no way USM shouldn't win seven games, and with a little luck, the Golden Eagles could run the table.

If the quarterback situation works out, this is easily a 9-3 team.