Eleven of 55 Arrested by ICE Pleaded Guilty or Awaiting Hearing 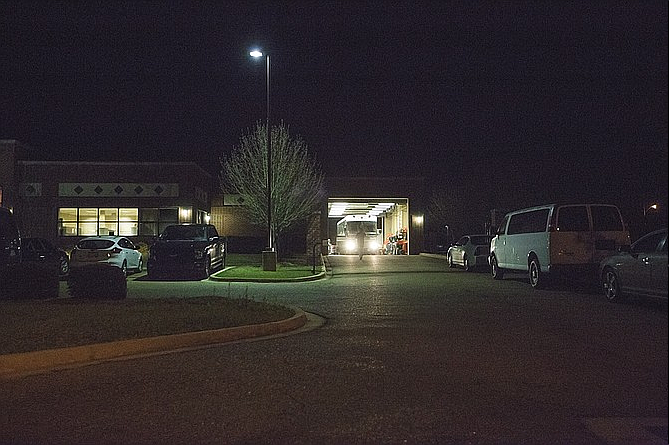 The Office of Homeland Security office in Pearl was active the night of Wednesday, Feb. 22, 2017, after U.S. Immigration and Customs Enforcement officials raided eight restaurants in Mississippi. A large bus was at the site after dark. Photo by Imani Khayyam.

JACKSON, Miss. (AP) — U.S. Immigration and Customs Enforcement agents arrested 11 foreigners in Mississippi who have since admitted to violating a federal act or await a plea hearing.

Mississippi Business Journal reported on Thursday that all but one defendant, who had a hearing scheduled, pleaded guilty to violating the Re-entry of Deported or Removed Alien act . The 11 are among 55 arrested by ICE Feb. 22 in a raid at eight restaurants.

Court-appointed defense attorney Carlos Tanner says the others were deported and not prosecuted because they hadn't previously been formally ordered to leave the U.S. Tanner's client and the detainees have been kept at the Madison County Detention Center.

According to U.S. Code, those pleading guilty in Mississippi could serve up to two years in prison and pay a fine of at most $250,000.