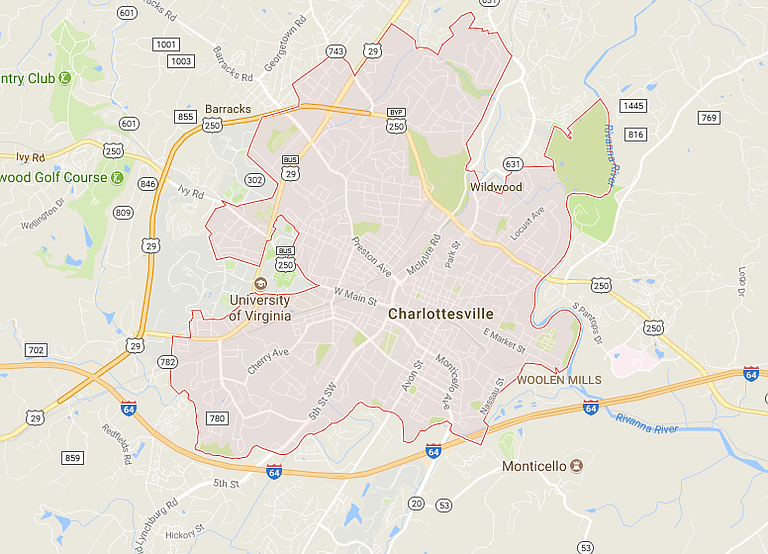 Charlottesville, Virginia, saw its share of violence during a white supremacy rally this weekend.

CHARLOTTESVILLE, Va. (AP) — The Latest on the white nationalist rally being held in Charlottesville (all times local):

Officials say the deaths of two people in a helicopter crash near Charlottesville, Virginia, have been linked to a violent white nationalist rally earlier in the day.

It was not immediately clear how the crash was connected to the rally. Corinne Geller, a Virignia State Police spokeswoman, says the pilot and a passenger were killed in the crash Saturday afternoon.

The crash happened just a few hours after a car plowed into a crowd of people peacefully protesting against the white nationalist rally. One person was killed and at least two dozen were hurt.

The organizer of a rally that drew hundreds of white nationalists and other extremists to Charlottesville says he disavows the violence that eroded it.

Jason Kessler said in an interview Saturday evening that whoever drove a car into a group of counter-protesters "did the wrong thing." He said he was saddened that people were hurt.

Kessler is a local blogger and activist who described the event as a pro-white rally. He planned it to protest the city's decision to remove a Confederate monument.

He also criticized law enforcement's response to the event, which was dispersed before speakers could take the stage.

He said they did a poor job controlling the chaos to allow free speech.

A state official said the driver of a car that plowed into a group of marchers in Charlottesville is in police custody.

Virginia Secretary of Public Safety Brian Moran said the driver, a man, has been arrested.

Moran did not immediately provide a name of the driver.

Witnesses say a car plowed into a crowd of people who were protesting a rally, which was held by white nationalists who oppose the removal of a statue of Confederate Gen. Robert E. Lee by the city of Charlottesville. Officials say one person was killed and at least 26 were treated at local hospitals.

A hospital official says one person has died and 19 were injured after a car plowed into a group of protesters in Charlottesville.

The mayor of Charlottesville said via Twitter on Saturday that he is "heartbroken" to announce that a "life has been lost." He did not provide details.

Witnesses say a car plowed into a crowd of people who were protesting the rally, which was held by white nationalists who oppose the removal of a statue of Confederate Gen. Robert E. Lee by the city of Charlottesville.