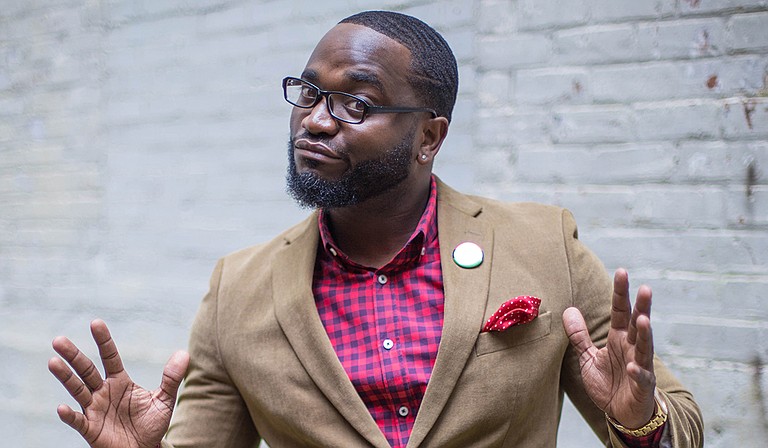 Merc B. Williams, a Jackson comedian and event host, has spent the past year co-hosting "The Roundtable" podcast, which connects Jacksonians from all walks of life to talk about local goings-on, sports, politics and a variety of other topics.

"The Roundtable" is also tied to "Late Night Jackson with Merc B. Williams," a web variety show that Williams, whose real name is Kelly Nash, has been hosting since January 2016.

"What really makes this podcast our own is that it's very real, raw and candid discussion," he says. "We don't hold back or pull punches with any topic, and anyone is welcome on the show—politicians like Mayor Chokwe Antar Lumumba, women talking about education, financial literacy experts, and anyone and anything that concerns the city of Jackson."

Williams, 35, was born in Greenville, Miss., and moved to Hattiesburg to attend the University of Southern Mississippi and graduated with a bachelor's degree in mathematics with a minor in computer  information systems in 2005.

After graduation, Williams took a job with CSpire Wireless in Hattiesburg as a technical professional. During that time, his identical twin brother, Kerry Nash, whose stage name is Cocky McFly, got him interested in open-mic events.

"My brother was hosting two open-mic shows at the time, one in Jackson called 'Cultural Expressions,' which has since closed, and one in Hattiesburg called 'The Open Mic Experience,'" Williams says. "I watched him host some of his shows and decided that was something I wanted to do for myself, and I got my chance in 2009 when he moved to Memphis and let me take over his Hattiesburg show."

Williams moved to Jackson in 2007 and got involved with "Late Night Jackson" through local entrepreneur Melvin Robinson and hip-hop artist Eddie Wright in 2013. Wright created "Late Night Jackson" and invited Williams to join after seeing him perform at One Block East.

"People can feel so relaxed around me in part because I'm a comedian," Williams says. "People feel comfortable on 'The Roundtable' because it's an open discussion with no wrong answers where you can be as free as you want to be. A comedian isn't going to make people think they have to be serious."

Williams will reach an even larger audience this fall when he appears on Kevin Hart's new stand-up series, "Hart of the City," which will air on Comedy Central.