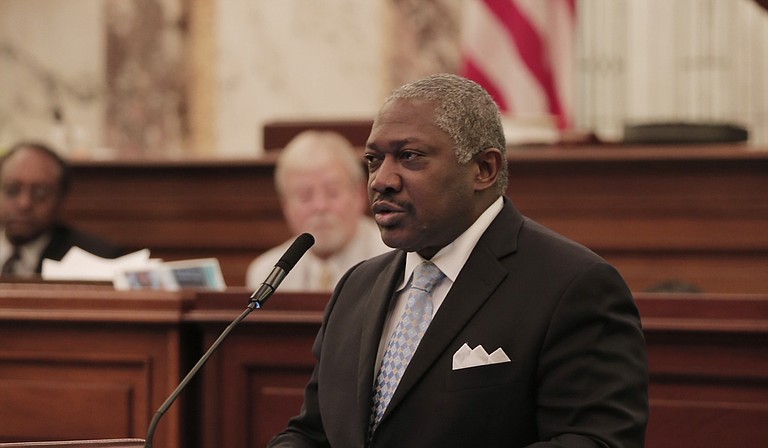 Sen. John Horhn is leading the campaign money race, so far, as the 2017 mayoral primary approaches. He successfully flipped the script on Mayor Tony Yarber from their matchup in 2014. Photo by Imani Khayyam.

JACKSON — Today, April 25, was a major campaign filing deadline for candidates and PACs in Mississippi. The Jackson City Clerk's office had posted a new round of campaign filings by 8:30 p.m., including new reports for four of the five candidates considered as the most viable. Sen. John Horhn is leading in donations with $207,363 in donations, including from many white supporters. A big difference in this year's mayoral race is that much business and northeast Jackson support shifted away from Mayor Tony Yarber to his previous challenger Horhn in the wake of lawsuits against Yarber and perceived failures. That shift is clearly reflected in the donations.

Hinds County Supervisor Robert Graham is not far behind Horhn in donations. Conventional wisdom has the two men fighting for one of two run-off spots expected to come out of the May 2 primary, positioning themselves as the more mature option, a tactic Chokwe Lumumba, 33, pushes back on, pointing out that Maynard Jackson was 35 when he became mayor of Atlanta. Lumumba is the son of the popular mayor, Chokwe Lumumba, who died after less then a year in office. Yarber won a special election to take the spot over Lumumba in 2014.

Polls to date have indicated that Lumumba is the front runner going into the May 2 primary.

Lumumba did not file his report until Thursday, April 27, when it appeared on the Jackson City Clerk's municipal campaign page.

On Wednesday, April 26, the Lumumba campaign sent us this explanation for the late report: "Because we were still waiting on PayPal to release our funds, we called the clerk's office to obtain an extension to submit our finance report by this Friday at the latest. We finally received our PayPal transactions statement yesterday afternoon which had been held up for weeks due to the volume of donations. According to PayPal we had approximately 800 transactions. Our finance team has to review all 800 transactions for reporting purposes. Our report should be filed between today and Friday."

Lumumba's report, which appeared online Thursday night, does not includes addresses, occupations and other information for donors and contractors who received campaign payments.

Watch this space for additional information as it's available and further analysis of the campaign reports. A number of Jackson City Council campaign reports are also posted here.