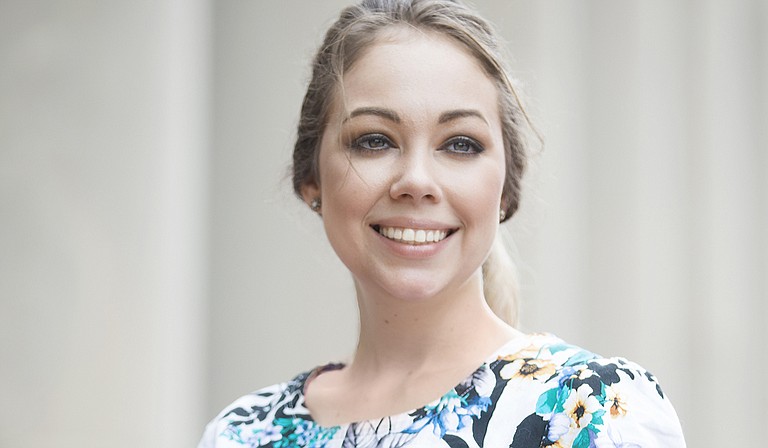 At 12 years old, Alyssa Bryant got sick, and it was two more years before doctors diagnosed her with Crohn's Disease. After years in and out of hospitals, she decided to take her health into her own hands at age 19.

"None of the medication seemed to work," she says. "They got stronger and stronger, and had their own high risks."

Bryant began researching nutrition and went on to completely revamp the way she ate, moving away from artificial food to mainly fruits, vegetables, nuts and meat.

"Dieting has been my only treatment for six years," Bryant says.

In 2012, she opened a fitness and nutrition business in Starkville called Vivacious Transformations Health Coaching.

"I pretty much brought the gym to people," she says. "I worked with women, mainly, and it was people who didn't feel comfortable going to the gym, so they could also work out with their kids at home. It was convenient for them."

Bryant, 26, says her whole plan in life is to help people take control of their health and maintain it. When it comes to food, she emphasizes that people don't have to give up all their favorites to be healthy.

"I like to teach people how to make their favorite foods, just healthier," she says. "... I teach people to make things like false Chick-fil-A, cakes and cookies, but they're full of proteins and fiber to balance your blood sugar and satisfy your sweet tooth without sabotaging your health."

After graduating from Mississippi State University with a bachelor's degree in general studies in 2013, Bryant decided it was time to go back to school to study physical therapy at the University of Mississippi Medical Center in 2015.

While she closed her business to focus on school, she still does some cooking for people around the metro area and donates the profits to Save Our Strays, an animal shelter in her hometown of Mendenhall. In her spare time, she likes to volunteer at the shelter, as well as local organizations, such as the Jackson Free Clinic and hospice-care group Compassus.

Bryant, who married her husband, Jon, a year ago, says that if she could change one thing in Mississippi, it would be the perception of healthy eating in the state.

"I'll say, 'Here's a healthy recipe for something you want to eat,' and they would just laugh," she says. People immediately think that healthy food is gross."

This does not deter her, though.

"I want to help people be healthy," Bryant says with a smile, "because it means so much to me."