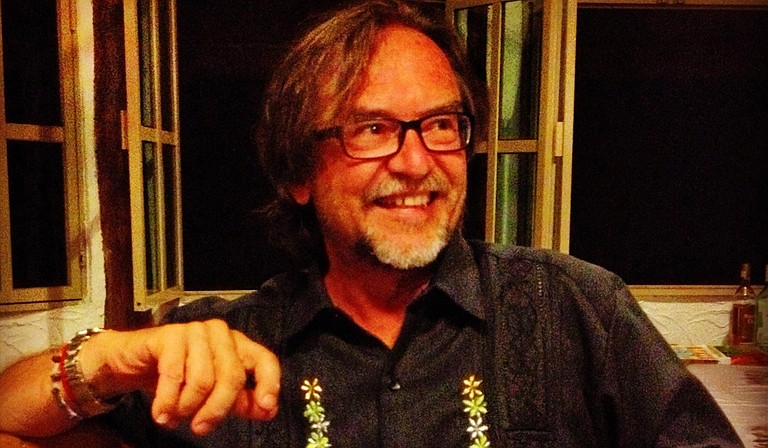 Millsaps College professor of anthropology George Bey excitedly points to his computer screen as he explains the intricacies of a recent advancement in archeological technology called Light Detection and Ranging, or LiDAR.

Bey and two of his colleagues, Bill Ringle of Davidson College and Tomas Gallareta of the Centro Instituto Nacional de Antropolgia e Historia in Yucatan, Mexico, recently received a $286,000 grant from the National Science Foundation to fund a three-year project to research the Puuc area of Yucatan.

The use of a LiDAR technology will be a central component of the grant. Instead of simply viewing heavily forested areas, such as those in the Puuc area, from an aerial perspective, where much of the surface is hidden, LiDAR utilizes lasers to provide high-resolution maps.

"A plane flies over, and it's shooting a laser out, and the laser is going so fast that it's actually going between all the leaves, and it's creating an image of everything," Bey says. "Then, what we have to do is use the computer. ... Removing all the data that's above the ground, the computer just literally takes off (the parts we don't need) so that all you're left with is an image of the surface."

Bey, a New Jersey native, traces his interest in anthropology, specifically the rise and fall of big civilizations, to when he was a child and would drag his mother to the Smithsonian Institution or the Metropolitan Museum of Art. As a young adult, he received his bachelor's degree from the University of New Mexico in 1978, and his master's degree and doctorate from Tulane University in 1981 and 1986, respectively, all in anthropology.

"When I look back on it, I was always interested in material culture," Bey says.

While the LiDAR flyover is scheduled to take place at the end of April, he and his colleagues plan to travel to Mexico around the end of May. When the group arrives, the data will begin coming in from the flyover. The 150-square-miles section in Northern Maya is an area that has never been explored via LiDAR before.

"Today, hardly anyone lives there—maybe 10,000 people in this whole region," Bey says. "In the pre-Columbian period, there may have been a million or more. So it's now a largely abandoned area."

The professor hopes that, with the funding, they will be able to go beyond finding structures like palaces and tombs.

"We're trying to reconstruct the history of these people, over 2,000 years of occupation in that region," he says. "We're trying to learn, based on this settlement data, how the ancient Maya developed their society, how they used land, production, economics, ... what led to their success as a society, and what contributed to their eventual failure as a society."

Bey says that this work is about more than just looking at the past; it also pertains to the future.

"One of the reasons we do this to show people that human beings around the world have adapted successfully to environments and have lived in sustainable ways for long periods of time," he says. "... We can see that we're not the only people to build civilizations, and we're not the only ones to face these kinds of challenges. ... When you look at the ancient Maya, you're looking at a mirror of humanity, and the more faces we can add to that mirror, the more we can ultimately understand who we are."