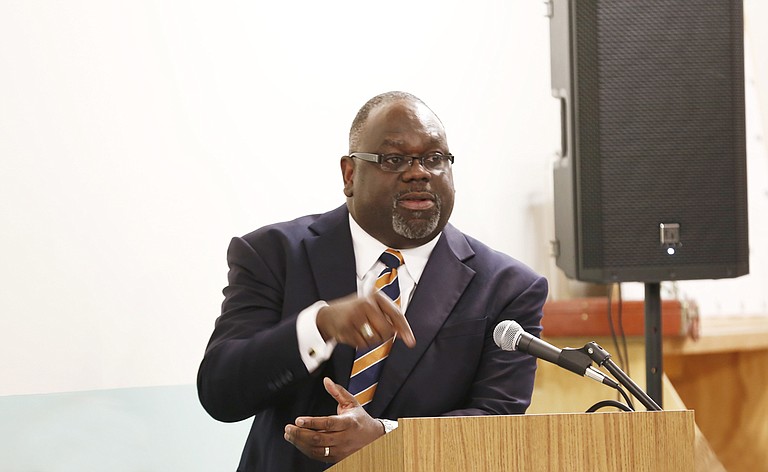 JACKSON, Miss. (AP) — A federal appeals court is hearing arguments about a Mississippi law that would let merchants and government employees cite religious beliefs to deny services to same-sex couples.

The 5th U.S. Circuit Court of Appeals — which handles cases from Louisiana, Mississippi and Texas — is hearing arguments Monday afternoon about the Mississippi law in Lubbock, Texas.

The law championed and signed Republican Gov. Phil Bryant sought to protect three beliefs: marriage is only between a man and a woman; sex should only take place in such a marriage; and a person's gender is determined at birth and cannot be altered.

Gay and straight plaintiffs who sued the state say the law gives "special protections to one side" in a religious debate.

The law started as House Bill 1523 . It would have allowed clerks to cite religious objections to recuse themselves from issuing marriage licenses to same-sex couples, and would have protected merchants who refuse services to LGBT people. It could have affected adoptions and foster care, business practices and school bathroom policies.

"The entire point of the religious freedom guaranteed by the First Amendment is to protect the religious beliefs of all Americans, not just the views of some Americans, or even the views of the majority of Americans," Roberta Kaplan, lead attorney for those who sued to block the law, said in a news release. "By enshrining three specific, anti-gay religious beliefs not held by all religions or religious people in Mississippi law, and by giving Mississippians who hold those beliefs an absolute exemption from a wide variety of otherwise generally-applicable laws and regulations, HB 1523 flies in the face of this long and cherished constitutional tradition."

Mississippi Democratic Attorney General Jim Hood declined to appeal the ruling that blocked the law from taking effect. The governor's appeal is being handled by private attorneys, including some working for Alliance Defending Freedom, an Arizona-based Christian legal group that helped to write the law.

"Americans shouldn't have to live in fear of government punishment simply for affirming marriage as a man-woman union," Kevin Theriot (TAIR-ee-oh), an attorney for Alliance Defending Freedom, said in a news release. "Good laws like Mississippi's protect freedom and harm no one. Those challenging this law want to restrict freedom and impose their beliefs on others by ensuring dissenters are left open to the government discrimination that has already occurred in states without protective laws like this one."

As of June 2016, more than 100 bills were filed in more than 20 state legislatures across the nation in response to the June 2015 U.S. Supreme Court ruling legalizing gay marriage, UCLA law professor Douglas NeJaime testified in June during a federal district court hearing on the Mississippi law. NeJaime said Mississippi was the only state to enact a law listing specific beliefs to be protected.