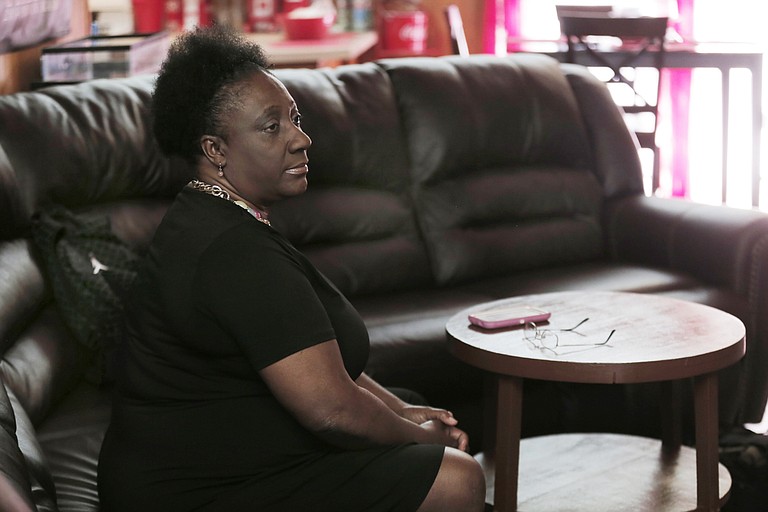 Patricia Phillips, one of 28 employees laid off by the City of Jackson, worries about how she will meet her obligations until she finds another job. Photo by Imani Khayyam.

JACKSON — Patricia Phillips bought a white 2014 Mazda 6 last November because she felt confident in her steady paycheck and supervisor position at an early-childhood care center with the City of Jackson.

"Because, you know, I had income," Phillips said. "I didn't know that suddenly I wouldn't. There's no assurance that I will be able to keep my car."

Now, like all her other expenditures, the car burdens her with a cost she is not prepared to bear. One of the 28 employees laid off in the last couple of weeks, Phillips discussed her situation during a Sept. 14 phone interview and remains uncertain about her future.

"I was a paycheck-to-paycheck person definitely," Phillips said. "They could have told us of other resources that were available to assist us, because now we are going to have to have bills to pay."

Overall, the City is set to save a total $300,000 from the budget reorganization, but to Phillips, the sole earner in her household, it was an end to her sense of financial security.

The Jackson City Council voted to accept the proposed city budget from the administration last Tuesday, with some caveats, including additional cuts to the mayor's office, the chief administrator's office and the city attorney's office.

All of those, including a $100,000 cut to the Parks and Recreation Department, have consequences, as Mayor Tony Yarber reiterated in a press release Wednesday.

"My administration presented a balanced budget that did not include closing a golf course or cutting additional staff at the course," Yarber said, referring to the closure of Grove Park Golf Course. "Those suggestions came from the City Council. I'm hopeful the council will reconsider."

Ward 2 Councilman Melvin Priester Jr. and other council members supported the department cuts to prevent the loss of Americorps, a national civil-service program that brings in young people from around the country for civic-improvement projects that cost the City $177,190.

Before the council approved the $150,000 in reductions to the mayor's office and other departments on Sept. 13, the city's proposed budget would have defunded the program entirely.

Other programs facing reductions include the Russell C. Davis Planetarium, the Jackson Zoo and the early-childhood care centers. The City is merging the Virden Early Childhood Development Center with the other two, larger centers.

Priester said in a Sept. 14 phone interview that he and other council members would work to find partners, even in the private sector, to help fill the gap in these services.

One solution to the budget problems is to get more aggressive about pursuing money owed through citations. Ward 4 Councilman De'Keither Stamps pushed this point during the council's Sept. 13 meeting.

"Right now we are owed about $39 million in fines, fees and all of that," Stamps said. "If we were able to just collect 10 percent of what we are owed, you wouldn't have to do furloughs or any of the other stuff."

The City's Director of Innovation and Performance Justin Bruce released data showing that from 2013 to 2016 Jackson issued $50,778,407 worth of citations, including tickets for speeding or parking violations, and only collected $11,400,000 so far. The City, over the last three years, left around $39,377,479 worth of citation fees uncollected.

"How do we get folks to pay? On one end, we talk about collecting fines and fees, and on the other end we have to be consistent when it comes to our enterprise fund," Yarber said, mentioning the City's continuing problem with issuing correct water bills.

"And, again, I do know that we have the Siemens issue, but we are talking about $39 million. That did not just happen with Siemens, we have not been collecting for a long time," Yarber said, pushing for a consistent collection policy across the city.

"If there is no bigger motivator to get your friends to do their job and keep your other friends from getting fired and furloughed, the ball is in your court," Stamps said. "But we can only make decisions on the numbers that are produced by the work force. And it is putting us in a tough spot."