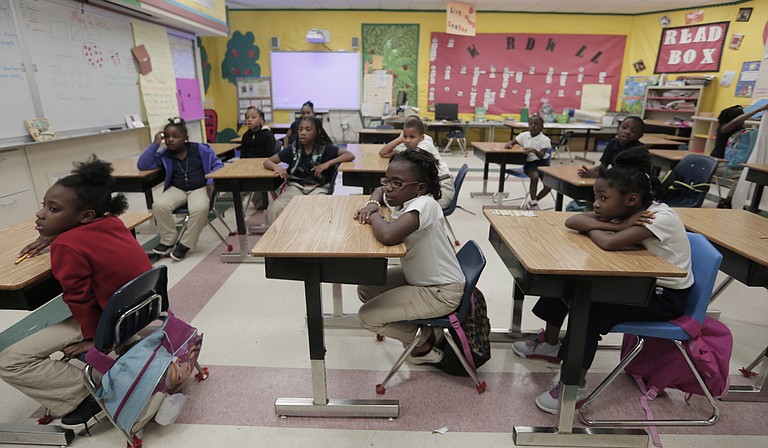 JACKSON — A month after the Mississippi Department of Education announced it would slash 21st Century Community Learning Center grants, kids at Operation Shoestring, a nonprofit afterschool program in Jackson, still make time to learn and play.

But Robert Langford, director at Operation Shoestring, says the loss of that grant for them represents just under 20 percent of their projected budget for the upcoming school year, including next summer. The grants come from federal money that support mostly afterschool academic enrichment programs like Langford's program.

"It could potentially have a colossally negative effect," Langford told the Jackson Free Press.

MDE said in an Aug. 11 press release the error occurred when its Office of Federal Programs issued 46 new grants in 2015-16 without budgeting for 65 from the previous school year. OFP issued reimbursements from 21st Century and Title I funds to both new and continuing grantees, creating a $19 million deficit. MDE fired those responsible.

"This is the latest example of what has become a pattern of poor decision-making and mismanagement at the Mississippi Department of Education," Gov. Phil Bryant wrote in a statement. "The State Board of Education must remedy this immediately."

This mismanagement is more than just fodder for state leadership's vocal disapproval of the State Department of Education. Title IV funds bankroll 21st Century CLC grants for which a group can only qualify if they're serving predominately low-income students, most of whom are of color, in lower-performing school districts.

Operation Shoestring serves the Georgetown and Mid-City neighborhoods and Jackson, and previously included Brown and Galloway Elementary Schools and Rowan Middle School. With 21st Century CLC funds, Langford says, Shoestring funded its entire program at Galloway Elementary School, which serves the families and students of just under half of the pre-kindergarten through fifth-grade school's entire population. With the loss, they were forced to phase out their involvement with Rowan Middle School. The Jackson Public Schools superintendent has focused his district academic enrichment plans on Rowan Middle for this school year.

"The loss of funding is especially gut-wrenching because we've worked so hard to invest in the program and make it strong, to run a program that shows quantifiably we've impacted kids' lives in a significant way," Langford said.

In an Aug. 11 press release, the State said it was working closely with the U.S. Department of Education to fill the deficit.

"We are working rapidly and seriously to take steps that will minimize impact to grantees, to ensure accountability for individuals who ignored financial checks and balances, and to put systems in place to ensure accurate future budgeting," said Dr. Carey Wright, state superintendent of education, in the release.

Langford says Shoestring will make it through the fall with an emergency grant awarded from another group, but hopes MDE resolves the issues quickly.

"We're cautiously optimistic that they're figuring it out, but time is slipping away. Those of us who've been working in this space for a long time see a sense of urgency about having a positive resolution happen as fast as it possibly can," Langford said.

Sierra Mannie is the education reporting fellow for the Jackson Free Press and The Hechinger Report. Email her at [email protected].