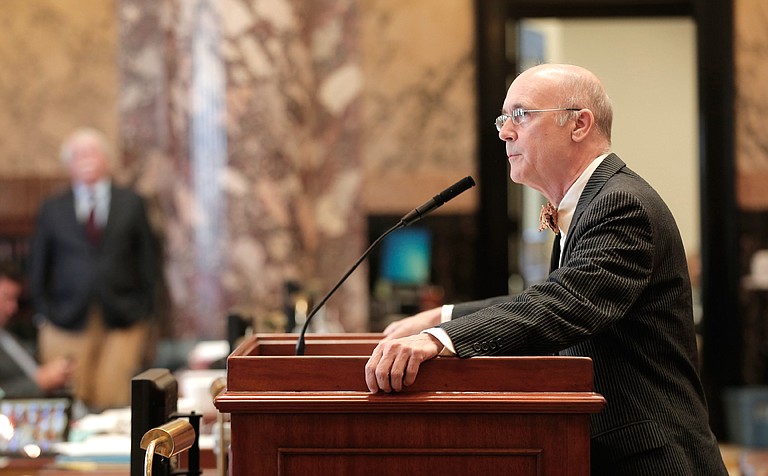 But legislators from both chambers, Democratic and Republican, seemed primarily concerned with how local contributions would fit into the new funding scheme.

Sen. Brice Wiggins, R-Pascagoula, said his district has already raised its millage as high as it would go. "How do we get other municipalities to raise millage, too?" he asked.

Rep. Greg Holloway, D-Hazlehurst, asked the most glaring question: "How do you propose we shift resources from affluent districts to lower-income districts?"

"Our recommendation will be that there is as much money as possible put into the new student-based formula," she said. Sibilia said it is the state's responsibility to ensure equity between low- and high-income districts.

"It is misdirection," Bryan, one of MAEP's authors, told the Jackson Free Press after the meeting. "In order to avoid complying with the law and funding the formula and giving the schools the amount of money they need to educate students, they're off on this frolicking detour to get everybody involved in these esoteric concepts of base student cost and English-language learning, and ignoring the fact that the problem is there's not enough money there." The Legislature has only fully funded MAEP twice since its creation in 1997.

Bryan said that in creating MAEP, he and the other authors spent years focusing on the state's unique issues with equity and adequacy, and intentionally putting the lion's share of the burden of funding on the state so that local districts would not have to raise taxes. "It's also terrifying that instead of sitting down and developing a formula literally over years to be careful and to make sure we knew what we're doing, you've got an organization from New Jersey go up there for two months and come back to Mississippi and tell us what the formula ought to be," Bryan added.

Sierra Mannie is an education reporting fellow with the Jackson Free Press and The Hechinger Report. Email [email protected].