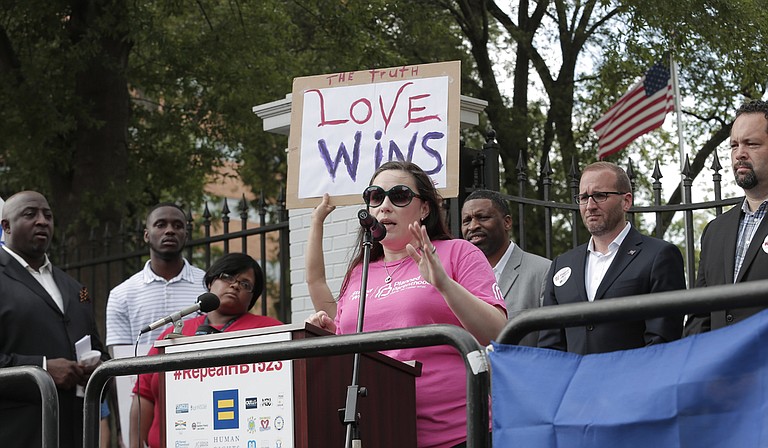 JACKSON — Mississippi women who use Medicaid can legally continue to get family-planning services like birth control and cancer screenings at the Planned Parenthood clinic in Hattiesburg and at the state's only abortion clinic after a federal judge struck down the Mississippi Legislature's attempt to block Medicaid payments to the facilities.

The Mississippi Legislature passed Senate Bill 2238 to stop the State's Medicaid division from reimbursing Mississippi women with Medicaid who access reproductive health services at facilities that offer or are affiliated with "nontherapeutic abortions" back in April, despite warning signs from neighboring states where similar laws have been struck down. 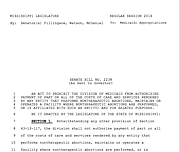 Most recently, in Louisiana, the 5th U.S. Court of Appeals ruled in the Planned Parenthood of Gulf Coast v. Gee case, which clarified Medicaid's "free-choice-of-provider" provision. U.S. District Judge Daniel Jordan cited the Gee case in his opinion on Oct. 20.

"Essentially every court to consider similar laws has found that they violated ... the so-called 'Free-Choice-of-Provider Provision,'" Jordan wrote in his opinion.

Even states in budget crises have not been successfully able to defund Planned Parenthood.

The Gee opinion cites a North Carolina case, Pashby v. Delia, where budget woes were not to blame for not providing reproductive-health care to the state's most vulnerable people.

"Although we understand that North Carolina legislature must make difficult decisions in an imperfect fiscal climate, the public interest in this case lies with safeguarding public health rather than with assuaging North Carolina's budgetary woes," the 4th Circuit opinion on the case says.

Brown-Williams said other states have similar laws where the federal court came to the same conclusion.

"This is not the first case we've seen. In every case that this has come up, it is very clear that this is not legal," she told the Jackson Free Press. "The minute this bill dropped, I knew that if it went to federal court, it would be repealed because it's absolutely against federal law."

Medicaid reimbursements to the state's Planned Parenthood clinic, which does not offer abortion services, totaled less than $500 in the past three years. The Division of Medicaid has paid the Hattiesburg clinic a total of $384 since fiscal-year 2014 in fee-for-service claims and $53 in encounter claims. Federal funds cannot pay for abortion, except in cases of rape, incest or safety of the mother, due to the 1976 Hyde amendment.

Sen. Chris McDaniel, R-Ellisville, was a co-author of Senate Bill 2238 and said he would like to see the issue have a full hearing on the 5th U.S. Circuit Court of Appeals instead of a three-judge panel.

McDaniel's biggest problem with the bill is influenced by his views on the role of government, he says.

"Any time we allow government force to demand that Mississippi taxpayers donate to an organization whose beliefs they disagree with, I think that's problematic," he told the Jackson Free Press.

McDaniel says that the Medicaid code provision, which the Mississippi law was found to violate, depends on federal directives about how to use those federal dollars.

McDaniel said the fact that the Planned Parenthood clinic in Mississippi doesn't offer abortion doesn't change his view because all money flowing to these organizations is fungible. So while federal funding might not directly fund abortions, that money offsets the private money, which can go toward abortion.

Sen. Joey Fillingane, R-Sumrall, authored the bill and said he disagrees with the ruling and hopes that the state appeals.

Women accessing reproductive-health services at the Hattiesburg Planned Parenthood clinic did not see a lapse in services, Brown-Williams said, mainly because the clinic operates under a grant that allows it to offer some services at low or no cost. The clinic also has a year where it is able to wait to report reimbursements, so in short—the brief stint that Senate Bill 2238 had in active law didn't affect many, if any, women.

The law's brief existence did cost taxpayers money, however. The attorney general's office did not have a specific cost estimate by press time, but their civil litigation division spent around 38 hours litigating the case.

The state will also have to pay the Planned Parenthood attorneys' fees. In a statement the attorney general's office said:

"Prior to the Legislature's enactment of this law during the 2016 session, several federal courts had already declared that state statutes prohibiting Planned Parenthood from receiving Medicaid reimbursement for non-abortion related health care to violate federal Medicaid law. In September 2016, the United States Court of Appeals for the Fifth Circuit reached the same conclusion when it struck down Louisiana's similar attempt to prohibit Planned Parenthood from receiving any Medicaid reimbursements for healthcare. The federal district court in Mississippi was required to follow the Fifth Circuit's decision regarding Louisiana and found Mississippi's statute to violate federal Medicaid law."

The statement from the attorney general's office indicates that decisions about appeals have yet to be made, "The State is considering its options and has not yet decided whether to appeal the decision," the emailed statement says.

In a brief last Wednesday, the attorney general's office wrote on behalf of the State that it disagreed with the 5th Circuit's decision. "The division of Medicaid respectfully disagrees with the panel decision in Gee and expressly reserves the right to ask that it be overruled by the Fifth Circuit en banc or the U.S. Supreme Court," the Oct. 19 response says.

Brown-Williams said it would be irresponsible for the State to appeal the law, wasting taxpayer dollars.

"There is literally no question that the law is not in their favor, and it would be a clear and irresponsible use of taxpayer funds for the state to appeal this, given that the law is so clear," she said.

Prevention, Brown-Williams said, is both better fiscally and better for women and their families.

The U.S. Department of Health and Human Services could change its Title X rule in coming months, signaling a potential end to bills and laws like Senate Bill 2238. The new rule seeks to "maintain uniformity in administration, ensure consistency of subrecipient participation across grant awards, improve the provision of services to populations in appropriate geographic areas, and guarantee Title X resources are allocated on the basis of fulfilling Title X family planning goals."

The public comment period on the proposed rule change received almost 50,000 comments by Oct. 7. It was public for a month.