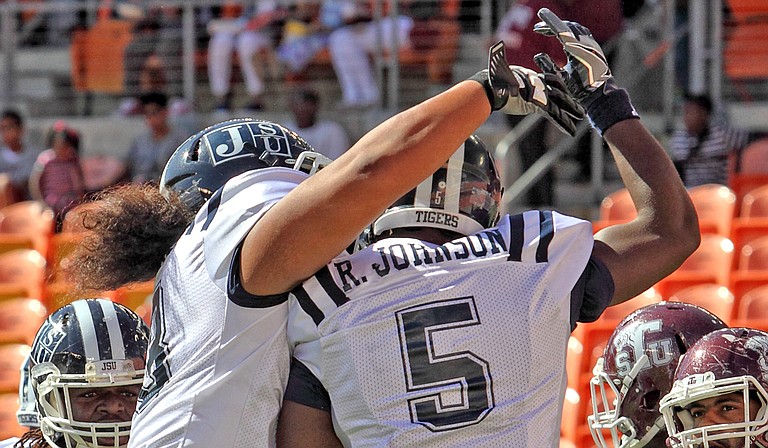 Averion Hurts put Texas Southern up 7-0 completing a 4-yard TD pass to Mario Smalls with 9:20 left in the first. Just before the end of the first quarter, Robert Johnson scored on a 1-yard dive to cap a 6-play, 52-yard drive.

Texas Southern took its last lead of the game with a 49-yard field goal from Eric Medina with 5:32 left before halftime.

Jordan Johnson scored on a 55-yard TD run early in the fourth quarter.

It was Jackson State's sixth straight win against Texas Southern (3-4, 3-3).