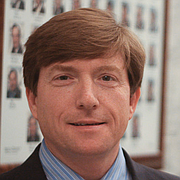 The new Republican supermajority succeeded in making the 2016 Mississippi Legislative Session one of the least productive and most contentious on record. Aside from those accomplishments, the 2016 Session was a bust; as many reasonable Republicans agree.

Despite what appeared to be bipartisan consensus on several major issues in January, the legislature was not able to enact legislation to address them. The failure to create good public policy was largely due to Republican leaders' militaristic refusal to allow consideration of legislation if it required working with Democrats. Because of the dictatorial style employed by legislative leadership, the atmosphere of the 2016 session was by far the worst of the nine sessions in which I have served.

As the session began in January, there seemed to be near unanimity concerning the need for a big road and bridge repair bill. The business community was supportive, and the Mississippi Economic Council served as a cheerleader. Most everyone agrees with those businessmen and women who maintain that you cannot get your products to market without good roads.

At the outset, legislators recognized that most Mississippians truly want to fund public education, despite Proposition 42's failure to pass. These tacit agreements notwithstanding, the 2016 session quickly devolved into partisan deadlock with Speaker Gunn abetting Gov. Bryant's takeover of the Jackson Municipal Airport—not by any stretch the most important issue needing our attention.

What happened after this early conflict, though, is what has most people talking in the local coffee shops around the state. In the span of about a week, the bill to change the state flag died, the governor declared April Confederate Heritage Month, the church militia bill passed, and then the ironically named "Religious Freedom Bill," HB 1523.

In the weeks that followed this unfortunate succession of events, the six people who craft our state budget began their work. Largely because of corporate tax cuts handed out in previous years, there wasn't enough money to go around. There was talk of cuts to state-agency budgets and use of one-time money (BP settlement funds) to plug budget holes; however, the rumors were not nearly so bad as what actually transpired in creating the budget for fiscal year 2017-2018.

Every agency underwent budget cuts, some as severe as 17 to 18 percent. In real terms, these are significant cuts to programs such as emergency management and mental health that will have serious repercussions. Before you begin to think this is a partisan point of view, consider what Republican Commissioner of Insurance Mike Chaney said about the cuts: "...whole systems are going to fail. It will take a decade to fix this." The directors of Mississippi Emergency Management Agency, Department of Health and other agencies have also spoken out about the deep cuts.

Why did cuts of this magnitude have to be made? Because the legislature previously cut corporate taxes about $200 million and because the Republican legislative leaders promised their voters an additional $415 million in tax cuts.

Over the past five legislative sessions, lawmakers have dolled out tax cuts totaling more than $620 million to corporate special interests on the prayer that they will create more jobs. Regardless of whether you agree with the "trickle down" economic theory, it is irresponsible to cut revenue when you cannot meet your current obligations. This is the situation in which Mississippi now finds itself—underfunded schools, local hospitals on the verge of closing, and roads and bridges deemed too dangerous for travel.

These most recent tax cuts didn't pass without some compromise, however. Promises had to be made and kept. Many moderate Republicans and Democrats wanted no part of the bill, but were threatened with the death of their precious bonded projects back home unless they cooperated.

Lawmakers take an oath not to swap a vote on one bill for a vote on another. However, before the 2016 bond bill could be passed, the lieutenant governor demanded that his tax-cut bill be passed. The result? A $308 million bond bill that was so ridiculously loaded with special projects that State Treasurer Lynn Fitch called it "abusive." Treasurer Fitch recently wrote a letter to the state bond commission expressing her concerns and said she was "shocked to see so many items included that could not meet even the basic standards for issuing bonds."

Statewide, Republican office holders and Bryant-appointed agency heads are decrying these actions taken in the 2016 legislative session. Even the conservative old guard has had enough of the irresponsible and dictatorial Republican legislative leadership.

Capitol Republicans operated like a military unit in 2016 with top-down control, and rank and file members as merely soldiers. Fewer and fewer members are actually involved in decision-making. Even when a member strongly disagreed with leadership, he or she had to follow orders. "Vote green (Yes) on the bill and vote red (No) on all amendments" was a familiar text message delivered to Republican members of the House prior to important votes. The person who sent the text messages is a man employed and paid handsomely by the taxpayers of this state to enforce the speaker's agenda and keep House Republicans in line.

If a member of the House dared challenge leadership by voting consistent with his conscience or the needs of his district, it is immediately apparent due to the large screen for displaying votes called "the Board," now separated into two columns, organized by party affiliation.. Thus, if a Republican member of the House strays to vote "No," theirs may be the sole red light appearing in a sea of Republican green on "the Board." Retribution for such disobedience is certain and swift. Your bills wouldn't be considered, your district got shorted in the budget or in a bond bill, or you may have lost membership on a key committee.

What is described above is totalitarian rule, and this is how the Republican leadership currently controls the Mississippi legislature. However, this is not the way voters expect their government to work. Opposing opinions need to be heard and considered in order for the best policy decisions to be made.

The people of Mississippi deserve and expect the legislative process to be inclusive of all ideas and opinions. The question is, what can Mississippians do about this government they elected? Obviously, even Republicans in Mississippi are now asking what can be done about our ship of state that appears to be headed for the rocks.

The MEC funds a poll every year to help its business members determine its priority issues. In the 2015 poll, Mississippi businesses said the biggest impediment to economic growth in the state was the state's negative image. The actions of the Legislature in 2016 did nothing to help improve that image, and I would argue they only made the perception of our state worse in the eyes of most everyone in the world. What Mississippi needs now is a new poll on the question of just who is the biggest roadblock to economic prosperity in our state. These polls are sometimes called elections, and we will have another one in 2019.