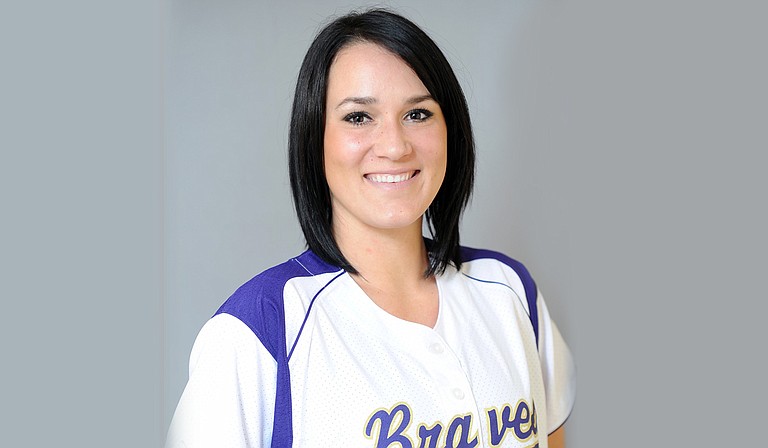 Alcorn State University's softball team has made a dramatic turnaround this season after the Braves finished with a 2-31 record last season.

ASU picked up 13 more wins this year, finishing 16-26 overall with a 10-6 record in the Southwestern Athletic Conference. This enabled the Braves to earn the No. 2 seed in this year's SWAC Softball Tournament.

There are several reasons for Alcorn State's impressive jump in wins, but one of the main factors is the pitching of Ashley "Paige" Breal. She has been sensational on the mound despite this being her first season pitching for the Braves.

Breal was a standout player at St. Martin High School in Ocean Springs, Miss. She went 37-7 during her high-school career, striking out 376 batters and finishing with a 1.16 ERA. As a senior, she had a 0.85 ERA with a 13-2 record and struck out 126 batters.

Upon graduating from St. Martin, Breal signed with Mississippi Gulf Coast Community College. She had a successful freshman season and earned the Mississippi Association of Community and Junior Colleges' Player of the Week honors twice.

Breal was just as good during her sophomore season at MGCCC. She went 13-6 with a 1.92 ERA and 117 strikeouts and earned the title of MACJC Pitcher of the Week and National Junior College Athletic Association Division II Pitcher of the Week for her efforts.

In 2015, she made the All-Region 23 softball team for the second straight year. During her sophomore season, she signed with Alcorn State to continue her playing career with her former St. Martin coach, Josef Rankin.

In her first season with the Braves, Breal has earned the title of SWAC Newcomer of the Year, posting a 5.04 ERA and leading the conference in strikeouts with 156.

She has had 24 complete games in 28 appearances for the Braves thus far and worked her way to an 11-13 record and 6.68 strikeouts per game while playing 159 innings.

Breal received the honor of All-SWAC First-Team Pitcher in her first season with the Braves. Her 156 strikeouts were the most in the conference since 2011, when Mississippi Valley State University pitcher Kim Spivey bested 175 batters.

On the opening day of this season's SWAC Softball Tournament, Breal was brilliant for Alcorn State. She struck out 10 batters, and gave up just six hits, one run and two walks in a complete-game performance.

Breal's work on the mound allowed the Braves to defeat Prairie View A&M University 3-1 to move to the winners' bracket of the tournament. In the win, Breal threw 109 pitches with 75 strikes.

Alcorn State's victory over Prairie View means the Braves will face Texas Southern University today, May 12, at 2:30 p.m. in the second round. In Texas Southern's previous game, the Tigers routed Alabama A&M University 9-1 in five innings.