Human Rights Work Through Film: Lessons from a German Filmmaker 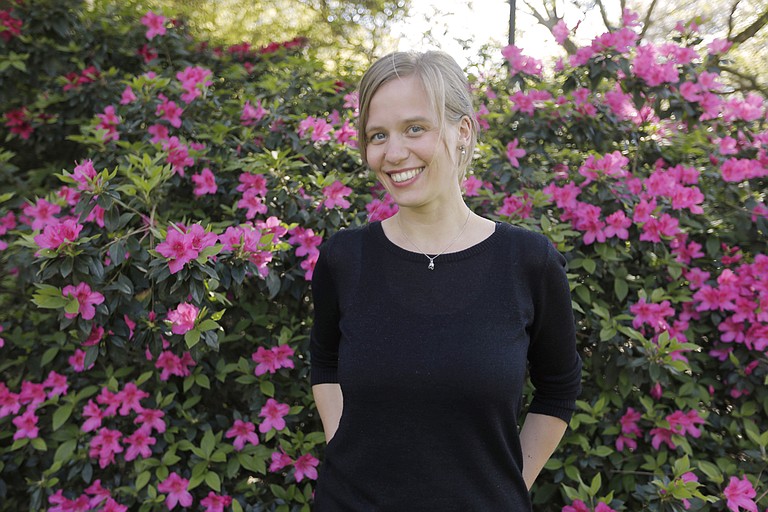 Johanna Richter was not looking for awards with her documentary; she was looking to bring about actual, tangible change in a country she could not quite call her own. Through her studies and filmmaking, Richter found Burkina Faso, a northwest African country, was still practicing an ancient tradition that much of the West finds repulsive: female genital mutilation.

Richter's first trip to Burkina Faso was for field research on children's rights while finishing her bachelor's degree in cultural studies at European University Viadrina in Frankfurt, Germany. When she was finished, she was disgruntled and upset because her research helped her get good grades and an "A," but it seemed to not help the people in Burkina Faso at all.

"It had no effect except that I got a good grade, but the kids will never be able to read (my research)," Richter told the Jackson Free Press. "I was using these kids for my education—but nothing (happened) as a result."

Her passion for human-rights work was tainted in that moment; she didn't want to be a part of a university setting that rewarded her for using street children in Burkina Faso for research. She was going to stop her studies, but her motivation to find a way to do human rights work effectively changed her mind. She applied for grants and worked with faculty to get her master's and PhD researching in Burkina Faso, but only in ways that would help the country and its people. A local non-governmental organization in Burkina Faso approached her about making a film for sensitization on FGM, and she made the film as part of her PhD research at Free University in Berlin.

Her film, "L'excision—un theme pour tout le monde," which means "Female Genital Mutilation: A West African View for Everyone" premiered with English subtitles for the first time on March 17 at Millsaps College.

The film's style is not flashy or even classical documentary format. Richter had to change her film as local NGOs in Burkina Faso saw fit because they knew best what would help stimulate debate in communities about FGM. Chapter title screens displaying questions or areas of discussion surrounding FGM break the film up. Each chapter shows pros and cons with various local people such as village elders and older women who perform FGM to young girls and women who have gone through the treatment, who speak and respond to why they think the practice is still alive and why it should or should not be stopped in the country.

Technically, FGM is illegal and has been in Burkina Faso since 1996. In several African countries, the practice was a part of ancient tradition, but in recent decades, several countries have made moved to make the practice illegal. Just because it is the law, however, doesn't mean it is followed.

Burkina Faso suffers from other struggles, as well. It has one of the highest illiteracy rates in the world. Only 28 percent of the country's 16.93 million people are literate, 2013 UNICEF data indicates. Richter's film was originally filmed in Moore, the country's native language with French subtitles (which is considered the country's official language). Certain cultural cues that seem odd to Westerners in film had to be left in so that communities could understand the film in their own context. Richter used a large microphone because in rural parts of the country, people had never seen a film or a microphone. She had translators with her everywhere she went, and she had to leave in their conversational grunts and noises so that viewers would understand that it was a respectful and mutual conversation. And while it may not be the most visually or aesthetically pleasing film Richter has made, that really wasn't the point.

"It was important to sit back, listen and take everyone seriously," Richter told the Jackson Free Press. "I learned so much for cultural importance."

Richter completed the current iteration of her film in 2010, and most of the NGOs in Burkina Faso now use it. She said NGOs take it to villages by donkey and cart or motorcycle (depending on the NGO), and the whole point of the film is to stimulate debate and conversation after its airing; debate is a large and important part of Burkina Faso's culture, so tapping into that, Richter is able to show viewers not why she thinks FGM needs to be stopped but why community members and local people believe it is a bad practice.