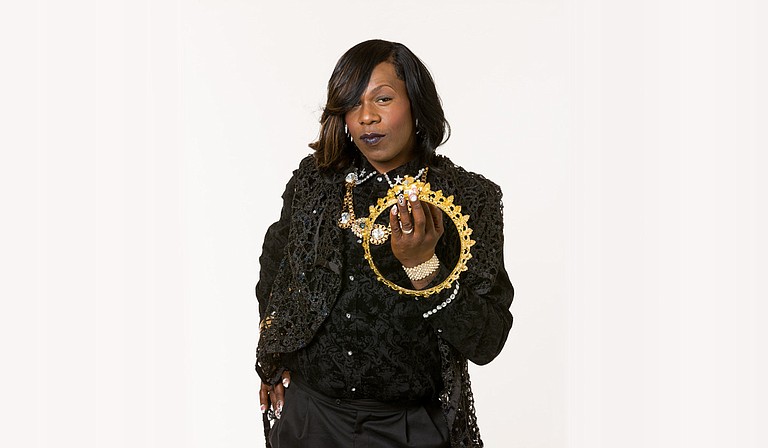 Even though it's only March, New Orleans-based bounce artist Big Freedia has already had a demanding year, appearing on Beyonce's massively successful song "Formation" in February, recording a new album, which she plans to release in June, and filming the fifth season of her Fuse TV show, "Big Freedia: Queen of Bounce."

However, not all things Freedia have been positive. Pressure from Mississippi Alcohol Beverage Control caused the cancellation of the musician's Feb. 12 performance at the Dollar Box Showroom in Hattiesburg, though they have since resolved that issue and rescheduled the show for Friday, March 25. In the midst of that situation, she also pleaded guilty in court to the theft of about $35,000 in Section 8 low-income housing vouchers, though Freedia could say very little about the case, as it is ongoing.

The Jackson Free Press got on the phone with Freedia, who will also be performing at Martin's Restaurant & Bar on Thursday, March 24, to discuss the recent ups and downs of her music career and where she's headed next.

How did you get involved with Beyonce's song "Formation?"

She gave me a call and told me that she wanted to lay some vocals on top of her new song, and, you know, I was really excited about that. Then, I went to the studio and laid some vocals down and sent them back over, and they were very impressed and loved the vocals. And four days later, the song was out. They had already been working on the song and the video. They were just adding a voiceover to the song. All of that was already done, though.

What did it mean to you to be featured on a song that just exploded and went everywhere?

Oh my God, it was amazing to be on a Queen Bee track, just alone. To get such good responses and (to have) people recognizing my voice right away, it was an amazing feeling.

How did you feel about being able to represent your city, the LGBT community and black culture on an international level?

It was a much bigger audience that got to experience the song and hear my voice, and it opened me up to a whole other fan base—all of the "Bee Hive." It just felt really good to have my voice expand a little bit further all over the world.

Big Freedia - "Ya'll Get Back Now"

How did you first learn that they'd canceled your show in Hattiesburg?

I was at home, and my manager called and said, "We may have to cancel the Hattiesburg show because of some Alcohol and Beverage Control said the show may be too sexual and whatever the case may be." I just was really upset and disturbed by it, that I'd been to Mississippi so many times before, prior to this, and none of this ever happened. Just to come out of the spark of the moment, out of nowhere, it was really shocking.

I was wondering, "Did it have anything to do with the Beyonce song, or was it really a twerking issue or whatever it was?" But you know, we're back on in Mississippi. I'm excited that we resolved that issue and (am) excited to be there for the fans and to really just give a good show and turn on like we normally do.

What was the fan response like to the cancellation?

I mean, the fans were upset. They were really expecting to see me. I was upset. I was pissed. It also was a financial burden, getting ready for something and then it don't happen. It just became a whole headache all rolled into one, the whole Mississippi situation. But like I said, we're back on now. We're blessed to be able to come to Mississippi and show out for our fans. That's the most important.

Why did you decide to expand to more Mississippi shows after that initial problem was resolved?

Just because it got canceled, now we have to give a little more to Mississippi. My manager decided to add another show, just to get the hype up in Mississippi and let people know (that) we're not going anywhere. We're fighting for the right to stick around. Every state has the right to twerk.

What would you say that you learned from that situation if something like that ever came up again?

We definitely know what we have to do. We have to go through some legal channels and stuff and some press-related issues to turn the whole situation around. It just prepared me better for any other situation like that that may happen like that, just getting me ready for some things that may happen throughout my career or whatever. And it also made another part of history. I was the first bounce artist to get cancelled somewhere for supposedly gyrating. I set another part of history for bounce music. To know that this music is powerful, and our culture and this style of dancing is very powerful, and that's something that I'll fight until the end for.

What has the fan response been like to your Section 8 legal case?

You know, they love me and are supporting me, and I appreciate them. I love my true fans and true supporters at this time with what I'm going through in all these situations.

What's the next step to bounce back from that and have an ultimately positive outcome from that negative situation?

It's just owning up to my mistake and to move forward in life and not make those mistakes again or go into any situation that would put me in this (position) again—just making sure that all my sh*t is tight and right, and you know, moving forward from this and being thankful for all of my many blessings.

What advice would you give to anyone who wants to become an artist like you?

Stay positive, stay on the right path, stay on your craft, and work hard at what you want to do or who you want to be. Hard work pays off. Just stay encouraged and keep a positive surrounding because negativity can pull you in so many directions. If you keep positive people and positive vibes around you, you should be able to stay focused. Staying focused is the most important. (Don't) let anyone or any situation change you.