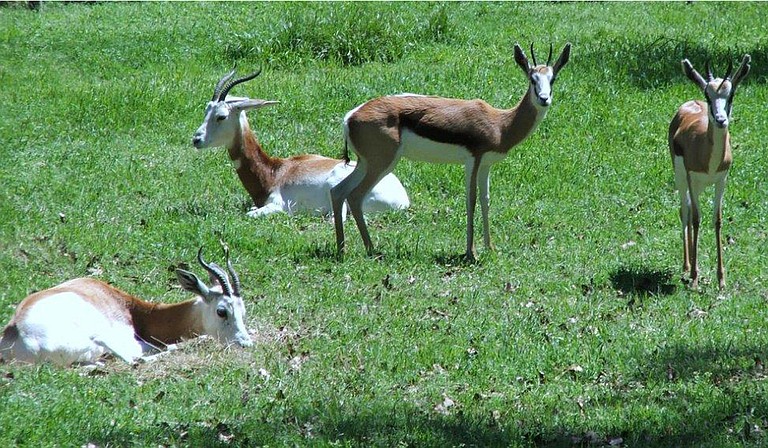 Beth Poff, executive director of the Jackson Zoo, wants the City of Jackson to help beef up security around the park after six animals were killed in late December.

On Dec. 18, zookeepers on morning rounds saw five feral dogs inside the African Savannah exhibit along with five dead springbok and one gazelle. The dogs also injured two geese.

Poff said the zoo staff has performed a number of reviews and cannot conclusively determine how the dogs got inside. Zookeepers caught four of the dogs; another scaled the 8-foot perimeter fence and escaped, Poff said. The U.S. Department of Agriculture inspected the zoo, which regulations require, and also could not figure out how the dogs got in.

As best as the staff can tell, the dogs might have gotten in through one of the drainage culverts on the property. One culvert that connects to the zoo from Fortification Street is closed on the zoo's property but open on the Fortification side. The City would have to close off the open culvert.

City officials say they're open to helping with repairs, but that an under-resourced animal-control division is a longer-term problem. Ward 1 Councilman Ashby Foote asked the zoo to map the culverts on the zoo property to help the City determine what fixes are necessary.

Paul Perry, the city's animal-control manager, suggested a pet registration program that could help generate funds for his division to hire more staff and supplies such as traps.

"If you put (in) some very reasonably priced amenities and charged a fee for using the park, that would be a way to generate revenue from people who love animals," Priester said.