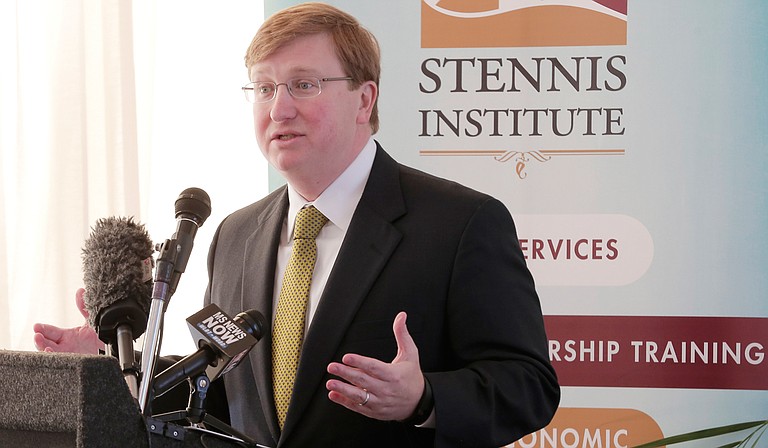 Reeves' ideas for MAEP range from changing how the "base student cost" is calculated to changing the overall standard, which could have adverse effects on lower-graded and lower-performing school districts, school-district officials say.

At the Jan. 4 Stennis Press Forum, Reeves cited Mississippi Department of Education data to repeat the conservative argument that higher-performing school districts—with an A or B grade—spent more on instruction than on administrative costs in fiscal-year 2015. His conclusion was that C districts are spending more on administrative costs instead of on instruction, which makes them perform poorly. The lieutenant governor said state spending should be based on how effective districts spend their tax dollars and incorporate those spending standards into the formula.

If that conclusion is true, it would be a dramatic change from 2013 when a state PEER report using MDE data found that only 10 school districts in the state spent less than 60 percent of their total budgets (including federal, state and local contributions which includes MAEP dollars) on instructional costs.

But using the high-administrative-cost argument, Reeves wants the state to start funding schools based on A or B district standards—not C or the "adequate" standard that is now part of the formula. That means that lower-performing districts would get the same amount of state funding that an A district would need to maintain their high performance, not what a C district requires to provide adequate education levels and not the funding they would need to get to the higher performance levels.

Currently, the state's funding formula, which accounts for the majority of the state's contribution to funding K-12 schools, uses a base student cost to determine the per-student amount the state spends on each child, regardless of district. The base student cost is a set number used in each district's MAEP calculation (right now it's around $5,000 per student), which is re-evaluated every four years by the Legislature.

The base student cost is now determined by the average of some C-level school districts' needs—hence the word "Adequate" in formula's title. The Legislature has only funded the formula, originally written in 1997, twice in its existence.

If the C standard changes to an A or B standard, both Madison and Jackson school district officials believe it would translate into a lower base student cost and even less funding from the state for all schools, requiring more local tax dollars or federal funding to maintain current levels, if and when those funds are available. This, they warn, would likely worsen, not improve education standards in the state.

How Changing the Standard Could Hurt

The way Jackson Public Schools Chief Financial Officer Sharolyn Miller understands the formula, if the standard for base student cost was changed to an A or B district standard—like Reeves suggested—all districts below those grades would end up receiving less funding because higher-performing districts have high-performing students who do not require the type of funding needed to bring lower-performing students up to A or B level.

"Ratings don't necessarily portray a full gamut of the district," Miller said. "They don't give you a real good picture because, again, with us, comparing us to another district, we have a lot of different needs, our children are going to have different issues."

JPS, for instance, has a high number of homeless students (around 1,400), and 3,107 students received special education in 2013. If the MAEP base student-cost standard changed, Miller said she would need to maintain a certain level of funding to catch those students up—using intervention programs—to an A level and keep them there. The question to ask, Miller said, is how do we define "adequately performing"?

"If we were to go to a 'B' or an 'A' as far as funding goes, then it would certainly put lower-performing school districts at a disadvantage," she said. "There would have to be other dollars used to help get you to an A."

Madison County Schools Superintendent Ronnie McGehee, who presides over an A district, agrees. Moving the C standard to an A or B could make things worse for school districts with already low grades, but he said that changing the standard would likely affect his district negatively, not positively, because it would likely lower the base student cost. Madison County Schools, which has a strong local tax base, would likely make up the difference with local tax dollars, he said.

School districts get funding from three pots of money: local, state and federal dollars. Local funding for schools is dependent on ad-valorem property taxes paid by people who live in the district. School districts that do not have a strong local tax base to make up the difference, however, would be in deeper trouble than they are now.

Contrary to Reeves' assertion about administrative costs, both Madison County Schools and Jackson Public Schools—an A district and the state's largest D district—each spent 100 percent of their MAEP funding on teacher salaries, which is considered an instructional cost, last year.

When the Legislature mandated teacher pay raises, signed into law in 2014, school districts had to stretch MAEP funds and use their local or federal funding to pay teachers.

McGehee said that only half the $1,000 teacher pay raise came from state funding—the rest had to come from local funding.

Changing the C district standard for MAEP funding to an A or B standard could hurt all school districts, unless additional funding was provided for the transition for lower-performing schools, districts argue.

Neither Miller and McGehee has looked directly at what the new base student cost would be if it set by an A standard (right now it's around $5,000 with the C standard), but both officials said that lowering the base student cost will mean pulling more funding from either federal or local bases.

"The concept is that it would be substantially less than our (approximately) $5,000 (per student) we're receiving now," Miller said. "And that (means) a challenge to provide the number of teachers that we need for our children."

The lieutenant governor, MDE and some district officials want to see the "average daily attendance" measurement in MAEP changed as well, which the districts approve of if done carefully. Average daily attendance currently is used to calculate a school district's number of students, which is multiplied by the base student cost per student in the first part of MAEP calculations.

Average daily attendance is calculated over a two- to three-month period at the beginning of the school year. Average daily membership would hopefully account for school districts' changing attendance numbers throughout the year.

"I've been told they're going to take the same amount of money and divide it by your enrollment," McGehee said. "But how do you define that target number to begin with; how do you define average daily membership?"

If an average of attendance is taken in the fall and the spring, average daily membership might reflect a more accurate picture of how many students are in a district year-round.

MDE supports the change to average daily membership, in order to provide funding to school districts for all students enrolled. In a statement from state Superintendent Carey Wright emailed to the Jackson Free Press, she said MDE will continue to work with the Legislature as lawmakers review potential changes in the formula and called the switch to average daily membership an "important change."

"School districts must budget and provide services for all students enrolled and not just those who attend school on any given day," Wright said in the statement.