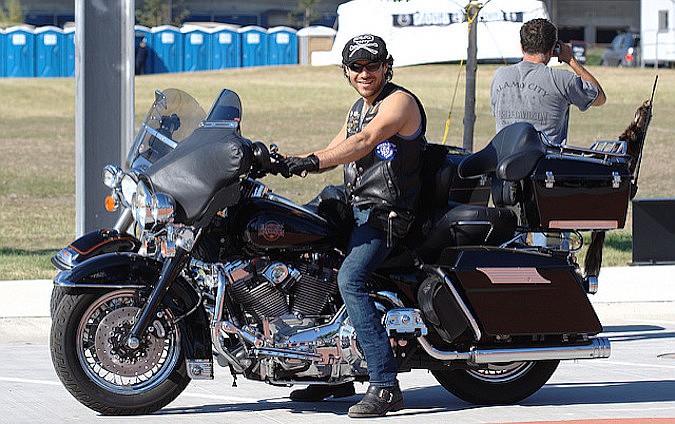 One bill in the Mississippi legislature this session seeks to relax motorcycle helmet laws for experienced riders. Michael Pereckas via Flickr

JACKSON, Miss. (AP) — Mississippi legislators have filed more than 2,000 bills this year, and the first culling will take place by Feb. 23, the deadline for House and Senate committees to consider general bills filed in their own chamber.

The filing list includes proposals that seek to micromanage people's lives in ways large and small. Many of these bills are likely to die, but they provide a glimpse at what legislators want, or what some of the voters back home might have requested:

REPORT CARDS FOR PARENTS: House Bill 4 by Rep. Gregory Holloway, D-Hazlehurst, would require K-12 students' report cards to include a section for the teacher to grade parents' school involvement as satisfactory, in need of improvement or unsatisfactory. Parents would be graded on their response to requests for conferences or communication, their child's completion of homework and preparation for tests and the frequency of a student's absences.

BOOK LEARNING: Senate Bill 2020 by Sen. Willie Simmons, D-Cleveland, would require all students in grades 1 through 12 to read at least four books a year and write a report on each.

SHORTER SCHOOL YEAR: House Bill 30 by Rep. Mark Formby, R-Picayune, would mandate that the school year start no earlier than the day after Labor Day. It would also shorten the school year from 180 days to 170.

CREATIONISM: House Bill 50 by Formby and three other representatives, would allow teachers to have a broad discussion with students about scientific topics that might cause "debate and disputation," such as evolution, the chemical origins of life, climate change and human cloning. Formby told The Clarion-Ledger (http://on.thec-l.com/20ZuSPF ) that he doesn't want any teacher punished for mentioning a belief that the universe was created by a supreme being.

KEEPING CURSIVE: House Bill 65 by Rep. Omeria Scott, D-Laurel, would require the state Board of Education to set a cursive writing curriculum. House Bill 1066 by Rep. Ashley Henley, R-Southaven, would require cursive to be taught in elementary school.

HOMEWORK: House Bill 982 by Scott would mandate weekly homework assignments that include spelling and vocabulary lessons.

SCHOOL LUNCH COLLECTION: House Bill 1064 by Rep. Rob Roberson, R-Starkville, would allow a school to use a collection agency to seek overdue lunch money if a student owes more than $15. It would not apply to students who qualify for free or reduced lunches.

HORSE RIDING HELMETS: Senate Bill 2145 by Sen. Lydia Chassaniol, R-Winona, would require anyone younger than 18 to wear an approved helmet when riding a "horse, pony, mule, donkey or hinny" on any public road, highway or path.

MOTORCYCLE HELMET EXEMPTION: House Bill 123 by Rep. John Moore, R-Brandon, would allow a motorcyclist to ride without a helmet if he or she carries at least $10,000 of personal medical insurance and has had, for at least five years, a driver's license with a motorcycle endorsement.

DRUNKEN DRIVING: House Bill 548 by Rep. Gary Chism, R-Columbus, is called the "Scarlet Letter Driving Under the Influence License Plate Act." It would require anyone convicted of a second-offense DUI to have a yellow license plate with red letters or numbers.

PUBLIC RECORDS: House Bill 512 by Rep. Sam Bounds, R-Philadelphia, would specify that applications or other information about people who hold hunting, fishing and trapping licenses are not public records.