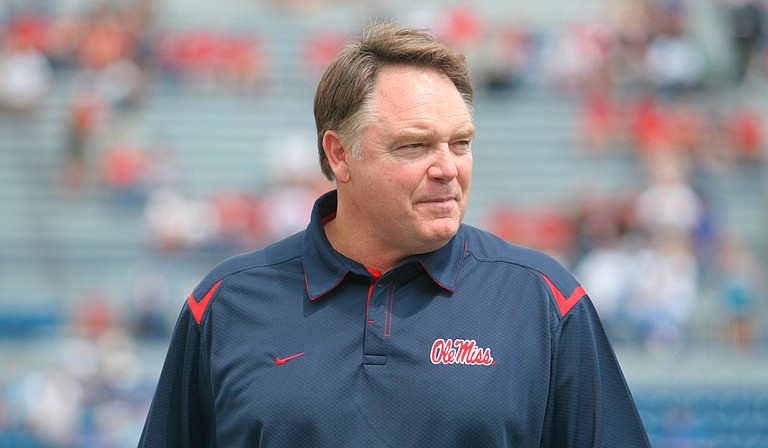 The NCAA has notified the University of Mississippi of rules violations involving the football, women's basketball and track and field programs.

Some of the allegations regarding the football program date back to previous coach Houston Nutt, but others involve current coach Hugh Freeze's tenure, a person familiar with the investigation told The Associated Press on Friday.

The person spoke on condition of anonymity because the investigation is ongoing. The person said the Ole Miss football program has already taken some steps—like reducing recruiting official visits—to try to mitigate any punishment from the NCAA.

Yahoo! Sports first reported that Ole Miss was aware of the Notice of Allegations.

The announcement was not unexpected but comes at a bad time for the football program, which is trying to lock down one of the nation's most highly regarded recruiting classes before national signing day on Wednesday.

The class is currently ranked No. 4, according to Rivals.com.

The Ole Miss investigation began in 2012 when women's basketball coach Adrian Wiggins and two assistants were fired after a school investigation found academic and recruiting misconduct. Two players were ruled ineligible and the school self-imposed a one-year postseason ban.

Ole Miss officials later acknowledged that the NCAA was also looking into issues regarding the football program.

Left tackle Laremy Tunsil received a seven-game suspension this season after the NCAA ruled he received several improper benefits, including the use of three loaner cars over a six-month period, an interest-free four-month promissory note on a $3,000 down payment for a used car and a plane ticket.

Tunsil played the final six games, but the athletic department's culpability could still be examined by the NCAA.

Saunders most recently worked at Ole Miss in 2010 under Nutt. Freeze became the Ole Miss head coach in December 2011.

Saunders was given an eight-year show-cause in the Louisiana-Lafayette case after the NCAA ruled he made an effort to arrange fraudulent college entrance exam scores for recruits. The school did not receive a postseason ban but was put on probation for two years and lost 11 scholarships over three seasons.