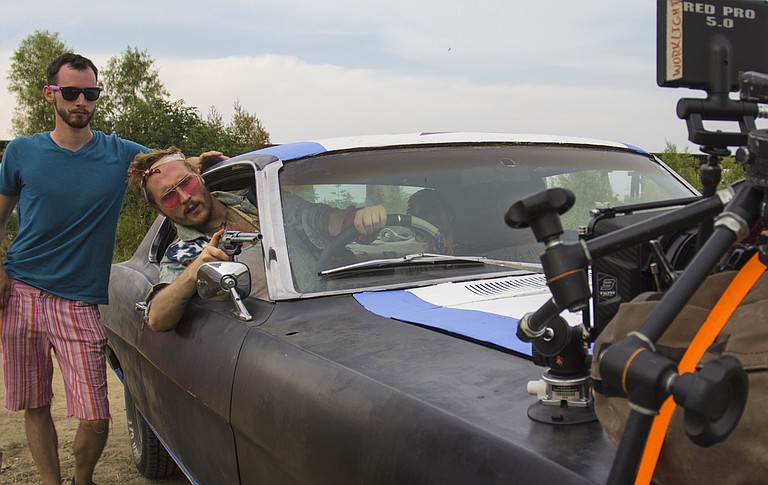 Actor, writer and film producer Ben Matheny isn't shy about his pride for his Mississippi roots.

Matheny graduated Oak Grove High School in Hattiesburg in 2007 before attending the University of New Orleans, where he earned his a bachelor's degree in film arts in 2011. After graduating, he decided to stay in New Orleans to work in the industry.

"I got really lucky; I got to cut my teeth working on these huge productions, stuff like 'True Detective,' '12 Years a Slave,' all these really big projects," he says. "I graduated school, and there were the jobs."

Matheny has continued acting but says he knew that he also wanted to write and direct in order to create his own content. He and some friends from film school began EFI Productions, and the group started working on music videos, commercials, training videos, or "whatever walked through the door," Matheny says.

Around 2014, the group decided it was a good time to start working on independent film projects after one of his friends, Will Addison, created a short film called "Easy Does It." Matheny and his friends made short films and web series all the time, but he says this one was something special.

That year, the group began working on a script to turn the short into a feature film and began trying to produce it in 2015. They launched a Kickstarter campaign in November 2016 for "Easy Does It," which exceeded its goal of $25,000 by $564.

"It's a freewheeling adventure-comedy about two best friends robbing their way across the Southwest in search of the American dream," Matheny says of the film. "It's one part 'Thelma and Louise' and one part 'Easy Rider.'"

Set in the early '70s, "Easy Does It" presents almost a fantasy version of the American South, Matheny says, describing the film's co-writer and director Addison's visual aesthetic as similar to that of Wes Anderson mixed with the dark comedy of the Coen brothers.

Even though they'll be filming the movie mostly in Mississippi, it is actually set across much of the Southwest, in addition to the Magnolia State.

"One thing amazing about Mississippi is that it has a lot of diverse locations," Matheny says.

Mississippi has flexed its film muscles over the past few years in this regard, with 2016's "The Duel" set in rural western Texas but filmed around Greenwood, Miss., 2014's "Get On Up," which featured Natchez eateries and filmed in Jackson, and 2011's "The Help," which was filmed in Greenwood and Jackson.

While Mississippi has room to grow in its relationship to the national film industry, Matheny says he is very impressed by what his home state has to offer in the future.

"I did the 48 (Hour) Film Project based out of Jackson and was just blown away by all the talent. The independent film community, it's small, but there is such a strong and thriving film talent in Mississippi," he says.

For more information, visit easydoesitmovie.com or find "Easy Does It" on Facebook.