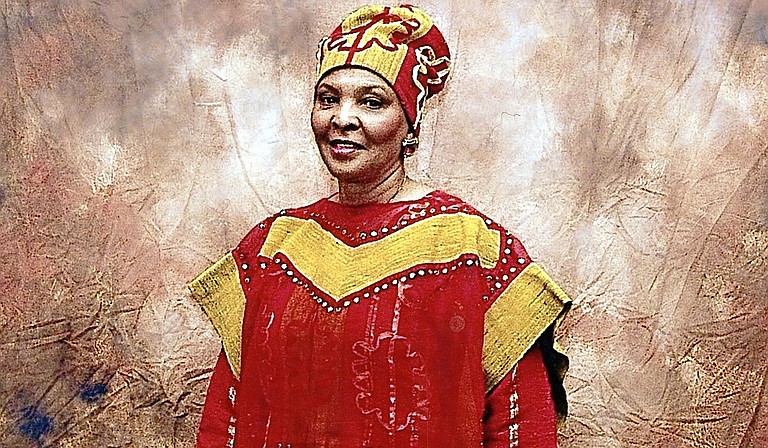 Dorothy Stewart says that when she was growing up, someone once asked her, "Dorothy, what do you want to be?"

"I want to be a doctor," Stewart replied.

"They looked at me very compassionately and said, 'Oh, baby. You can be a nurse, but you can't be a doctor,'" she told the Jackson Free Press. She grew up in Clinton during the era of segregation.

"It's amazing how limited those separate but equal laws made it for a person who was talented, gifted and capable," she says. "It shut down on your opportunities to go higher and do so many other things."

Laws prevented Stewart, an African American, from becoming a doctor at the time, but she could become a teacher. After graduating from Holy Ghost Catholic High School, she attended Jackson College (now Jackson State University) on a scholarship. During college, she also traveled and attended colleges such as San Francisco State University and the Universidad Nacional Autonoma de Mexico in Mexico City. She graduated from Jackson College in 1960 with a bachelor's degree in social-studies education and history.

While at San Francisco State, she took an African history course, which opened her eyes and gave her an appreciation for cultural centers in Africa such as Ghana. It was also in California that Stewart first learned about the African American holiday Kwanzaa, which falls around Christmas each year.

"If you were aware (of what was happening), you had to become involved," she says of the holiday. "It was that the system created a struggle for you, and if you were going to succeed and move beyond the dusty dirt roads, (you had to) work hard and strive."

She says that when she was listening to people explain the holiday, she said, "Wow, this is different. This is wonderful. This does mean we have a wonderful culture."

Maulana Karenga, who currently serves as professor and chair of Africana studies at California State University, Long Beach, created the celebration 50 years ago as a way for African Americans to honor their African culture. During the holiday, which takes place Dec. 26 through Jan. 1 each year, participants study and meditate on African traditions and practice "nguzo saba," or the seven principles of African heritage: "umoja," or unity; "kujichagulia," or self-determination; "ujima," or collective work and responsibility; "ujamaa," or cooperative economics; "nia," or purpose; "kuumba," or creativity; and "imani," or faith.

When Stewart returned to Mississippi in 1970, she introduced her family and friends to Kwanzaa, and after that, it grew in popularity and reach. Thirty-eight years ago, Women for Progress, which Stewart helped found in 1978, held Jackson's first official Kwanzaa celebration.

She says it's important for African Americans to celebrate their heritage because slavery and segregation destroyed much of it. "We were not taught to look at ourselves as African kings and queens," she said. "We were given negative pictures of ourselves, and Kwanzaa teaches us that we have to see ourselves as noble, proud and wonderful individuals, and we can see the positive, and we know that we are gifted, and we encompass a whole different gift and positive approach."

This year, Women for Progress of Mississippi will hold Jackson's annual Kwanzaa celebration at 6 p.m., Monday, Dec. 26, at the Smith Robertson Museum and Cultural Center (528 Bloom St.). The theme this year is "Live Kwanzaa Every Day," and the event will honor Primus Wheeler, who is the executive director of the Jackson Medical Mall Foundation.

At the Kwanzaa celebration, guests will participate in holiday rituals such as lighting red, black and green candles; learning about the history and culture of the African Diaspora; and singing, dancing and drumming. Singer Adiola Braxton will be featured soloist, and Shirley Hopkins will be the featured dancer. In keeping with the spirit of cooperative economics and creativity, vendors will display and sell arts and crafts. Women for Progress will serve cultural dishes, and encourages participants to bring additional food and drinks to share and to wear African attire.