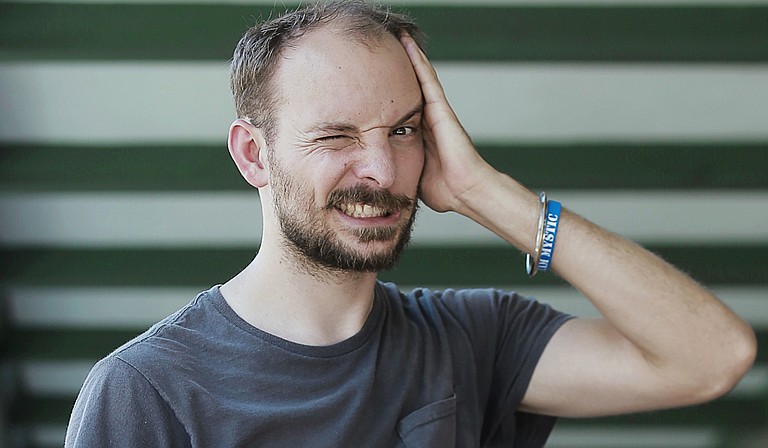 Joshua Powell, an actor and producer working with Action Talent Agency in Flowood, may soon be on his way to a theater near you.

Powell does most of his work in and around Jackson, including producing short films with local filmmaker Wade Patterson of Blazewalker Pictures. This summer, Powell and Patterson debuted their latest project, "Bare Knuckle," a film about bare-knuckle boxing in the 1880s in which Powell played the lead character, The Boxer. He also recently acted in the film "Eve's Diary," which will premier at Film Haven in Brookhaven on Sept. 10.

One of the largest projects Powell has been a part of is "Mississippi Grind," a film that stars Ryan Reynolds and Ben Mendelson and that made him eligible to join the Screen Actors Guild. The film showed at Sundance Film Festival in 2015 and is available on Amazon.

Powell says his favorite thing about acting is the feeling of connection that he can achieve with his character and with the audience.

"I like to both express and become characters, and I like to learn every aspect of the character for myself, as well, like all the training in boxing that came with working on 'Bare Knuckle,'" Powell says.

Powell grew up in Biloxi and moved to Clinton in 2004 to attend Mississippi College, where he initially intended to study music. While there, Powell did his first theater work as an adult, taking part in Shakespeare plays that the college puts on each spring. He also became involved in one-act plays the college's directing students put on. By his junior year, Powell had switched his major to communications with an emphasis in theater and a minor in music, graduating with a bachelor's degree in 2008.

After graduation, another MC student, Wesley Caldwell, recruited him for his web series called "Bags and Boards," which is about people who hang out in a comic store. After coming onto the project, Powell began learning about cameras and filming techniques from YouTube videos and other Internet resources.

His current project is "Mudcat," a dramatic comedy that follows two brothers whose uncle recently passed away. Powell plays the lead, Adrian, the brother of actor Miles Donald's character, Dominic. The film is hosting a fundraising campaign at helpmudcat.com.

Powell is co-writing the project alongside head writer, producer and co-creator Robert Jordan, co-writer Cat Wilks and creator Michael Brouphy, who will also serve as director of cinematography.

"I do everything I can to make a project come to fruition. I also help local screenwriters, actors and directors build up their careers, so I can build out the local filmmaking community as well. It's important to help cultivate the talents of those around you and to take initiative to make things happen with the people you know to best achieve your goals."