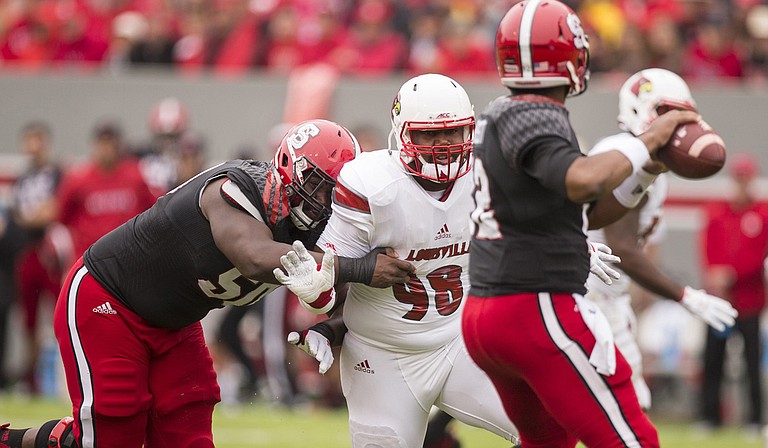 The New Orleans Saints are trying to fix a defense that was terrible last season. It was one of the worst in the history of the NFL, but this preseason offered a chance to improve the unit.

The defense wasn't completely horrible in the Saints' first preseason game against the New England Patriots, but the offense made four turnovers that put the team in bad spots. In all, the defense gave up 18 of the Patriots' 34 points, but New England's two touchdown drives needed just seven plays total.

Big plays, including a 44-yard run and a 56-yard pass, hurt the defense in the loss. New Orleans failed to force a turnover and only had two sacks that night.

In the midst of New Orleans' attempt to rebuild the defense, some bad luck hit the unit on Aug. 15. During goal-line drills, first-round pick and 12th-pick overall Sheldon Rankins went down with a broken fibula.

The injury will cause the potential star defensive tackle to miss six to eight weeks. Rankins had surgery to repair the injury on Tuesday, Aug. 16, and could return before the midpoint of the regular season.

Drafted out of the University of Louisville, Rankins had already shown the athleticism that made him a top-15 pick in the NFL Draft. He even intercepted a pass from quarterback Tom Brady during joint practices with the Patriots.

He was working with the first-team defense and had shown the normal growth of a rookie with good days and bad days during the early portion of training camp. Rankins was expected to play a big part in the rebirth of the Saints' defense this season.

Now, New Orleans will need to get even better play from free-agent pickup Nick Fairley, who likely would have rotated behind Rankins. In the Saints' two preseason games thus far, which were both losses, Fairley has done well enough, scoring six total tackles, two solo tackles and a sack.

Rankins isn't the only injury to the Saints' defense this preseason, either. Second-year pass rusher Hau'oli Kikaha suffered a knee injury earlier this summer that could keep him off the field all season.

Linebacker Stephone Anthony injured his leg last week but is expected to return for week one of the regular season. Cornerback Keenan Lewis was also out with a hip injury, but the Saints made the decision to release him from his contract on Friday, Aug. 19.

The worst part of Rankins' injury is that he will miss valuable practice time to develop as a rookie. He can watch film and attend practices, but there is nothing like learning during hands-on practice, drills and preseason games.

New Orleans is one of several clubs to have their first-round pick lose time this preseason. So far, 10 of the 32 first-round picks have missed time dealing with some sort of injury. The injury bug has already hit four of the top five picks at some point, as well as former University of Mississippi star defensive tackle and current Arizona Cardinal Robert Nkemdiche, who suffered an ankle injury.

Injuries are an unfortunate fact of football, and everyone else on the Saints' defense will have to step up their game to plug holes created by losses to injury. Fans will see if New Orleans can score a win despite its missing pieces tonight, Aug. 26, when the Saints take on the Pittsburgh Steelers at 7 p.m. on WLBT.