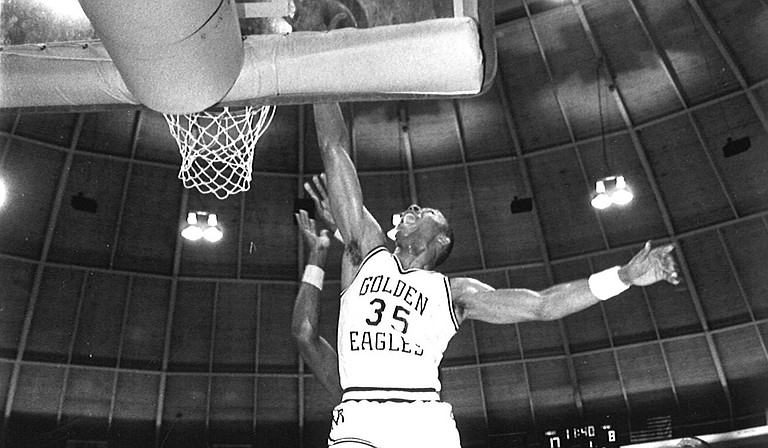 One of the greatest men's basketball players in the history of the University of Southern Mississippi is coming home. Former USM star forward Clarence Weatherspoon is joining the staff as an assistant coach under head coach Doc Sadler.

The Crawford, Miss., native was a star at Motley High School in Columbus, Miss., where he earned All-State honors during his junior and senior seasons. Weatherspoon decided to play college basketball at USM under legendary Golden Eagles head coach M.K. Turk.

During the 1989-1990 season, USM finished with a 20-12 record, and Weatherspoon led the school to its first NCAA Tournament appearance. The Golden Eagles, as a No. 13 seed, fell 79-63 in the first round to La Salle University.

In the 1990-1991 season, the Golden Eagles reached as high as No. 9 in the Associated Press' poll, and the team finished with a 21-8 record. USM made a second NCAA Tournament appearance as a No. 11 seed but lost 114-85 to North Carolina State University in the first round.

Southern Miss didn't make the NCAA Tournament again until the 2011-2012 season. Weatherspoon is the only basketball player in school history to have his number, 35, retired.

The Philadelphia 76ers drafted Weatherspoon with the ninth overall pick in the 1992 NBA Draft. The Philadelphia media called him "Baby Barkley" because his game was extremely similar to Charles Barkley, who the team traded just before the draft.

During the 1997-1998 season, Philadelphia traded him to the Golden State Warriors, and he later spent time playing for the Miami Heat, Cleveland Cavaliers, New York Knicks and Houston Rockets. Weatherspoon retired in 2005 after 13 seasons in the NBA.