Zoo Backs Out of National Accreditation to Focus on Raising Funds 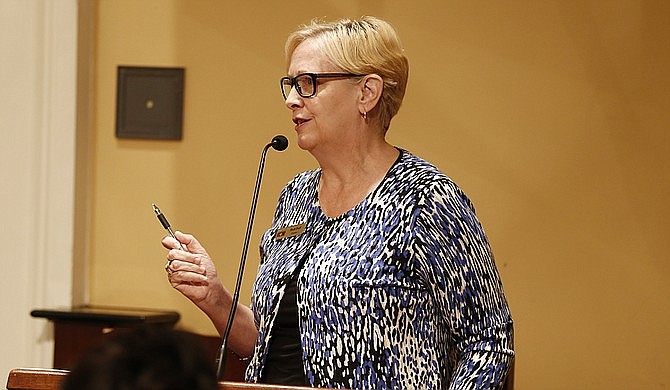 Beth Poff, the executive director of the Jackson Zoo, warned the city council of accreditation issues that could arise out of budget cuts to the facility the same day that the zoo's board decided to withdraw its membership from the national accreditation organization, the Association of Zoos and Aquariums. Photo by Imani Khayyam.

JACKSON — The Jackson Zoo's board of directors has voted unanimously to drop its affiliation with a national accreditation agency in the wake of news last week that its yearly contribution from the City of Jackson is expected to drop by $250,000 for fiscal-year 2017.

Executive Director Beth Poff spoke with the Jackson Free Press last Friday, Aug. 19, after learning that the City planned to cut its donation to the zoo by $250,000 down to $750,000.

“The big concern is that accreditation has been breathing down our neck for years, and the main thing they look at is your financial stability,” Poff said of the Association of Zoos and Aquariums. “They already were very concerned last year, and to have more cuts this year, I am sure that we are going to have a very difficult decision about can we even hold on to accreditation.”

A press statement today said the board voted Friday to resign from AZA.

The AZA is a nonprofit organization “dedicated to the advancement of zoos and aquariums in the areas of conservation, education, science and recreation,” its website states. The over-230 members of the group are required to also be AZA-accredited.

“Zoo staff, with the support of the Board, will work over the next two to three years to identify a funding structure that supports its recently completed facility master plan and strengthen its organizational and financial model,”the zoo's press statement said today. “The Zoo anticipates that it will re-apply to be a member of the AZA once the integrated funding, organizational and financials models are in place.”

Poff said Friday that the zoo has been in an agreement with the city since 1986 to provide $880,000 in support with a $10,000 increase each year that the City could manage it. She said that there have been drops throughout the relationship, even going as high as $1.2 million in recent years, but amount had never dropped below $880,000, until now.

Poff said as of Friday she would not have to cut any personnel positions but that some would remain unfilled for the foreseeable future, such as an education director and three zookeeper openings.

Zoo Membership and Media Specialist E.J. Rivers said by email today that the withdrawal from AZA will not affect daily operations of the zoo or have immediate repercussions. She said Poff “is still in communication with AZA and Board and City.”