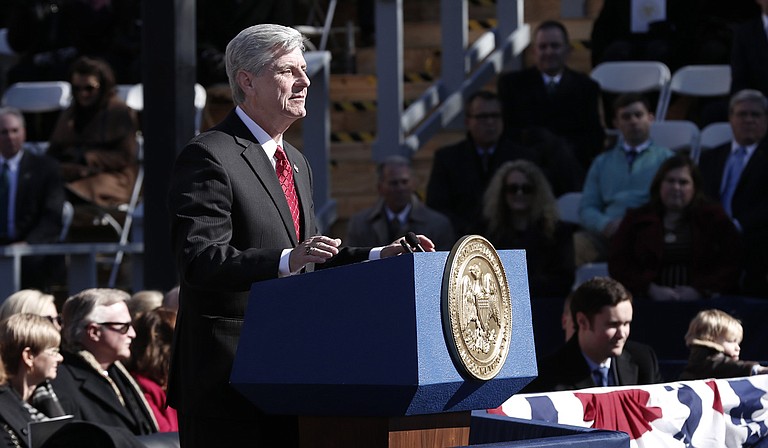 Gov. Phil Bryant and John Davis, the executive director of the Mississippi Department of Human Services, have asked the 5th U.S. Circuit Court of Appeals for expedited consideration of their appeal to allow House Bill 1523 to go into effect. Photo by Imani Khayyam.

JACKSON, Miss. (AP) — Mississippi's law on religious objections to same-sex marriage will remain blocked while the governor appeals a judge's ruling that the law is unconstitutional. 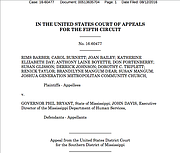 The 5th U.S. Circuit Court of Appeals said Friday that it would not immediately remove the block that U.S. District Judge Carlton Reeves put on House Bill 1523 moments before it was to become law July 1.

The Republican-led Legislature passed the bill this year in response to the 2015 Supreme Court ruling that legalized gay marriage nationwide. It sought to protect three beliefs: That marriage is only between a man and a woman; that sex should only take place in such a marriage; and that a person's gender is determined at birth and cannot be altered.

Republican Gov. Phil Bryant is seeking to overturn Reeves' ruling, and he had asked the 5th Circuit to let the law take effect during the appeals process.

The Fight for LGBT Rights in Mississippi

Read the JFP's award-winning coverage of the tough fight for LGBT rights in Mississippi.

The New Orleans-based 5th Circuit — which handles appeals from Mississippi, Louisiana and Texas — on Friday also said it would not grant Bryant's request for a speedy appeal of Reeves' ruling.

"This is a great victory for the thousands of Mississippians who have opposed this bill in the name of tolerance and fairness and dignity for all," Rob McDuff, one of the attorneys for a group of people who sued to block the law. "Although the governor apparently will continue with his appeal, this is an important milestone in the battle against this completely misguided piece of legislation."

The governor's spokesman did not immediately respond to a request for comment Friday.

The law would allow clerks to cite religious objections to recuse themselves from issuing marriage licenses to same-sex couples, and would protect merchants who refuse services to lesbian, gay, bisexual or transgender people. It could affect adoptions and foster care, business practices and school bathroom policies.