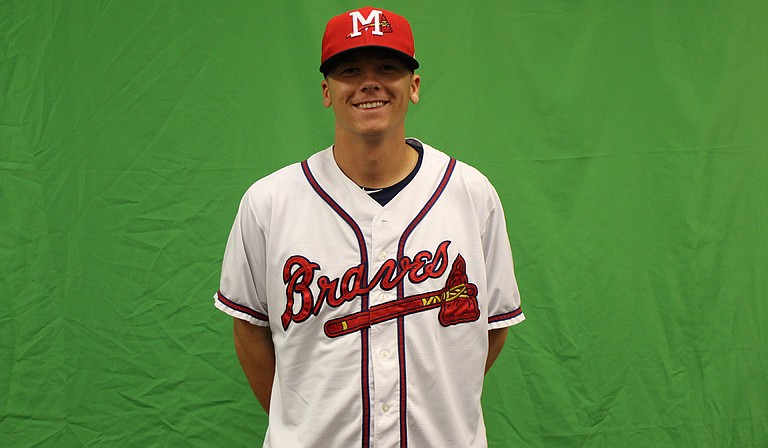 High school and college baseball are in full swing as we enter early April, and Major League Baseball just got started last week. Minor League Baseball also returned to Trustmark Park in the form of the Mississippi Braves.

The Braves' new season began April 7 with a five-game homestand. The players in Pearl, Miss., once again chased their dream of reaching the majors.

Former University of Southern Mississippi pitcher Bradley Roney is working his way up the Atlanta Braves farm system. He began the season as one of the players to watch on the M-Braves pitching rotation.

Roney has been a major-league prospect since he was in high school. As a senior in 2011 at Wetumpka High School in Alabama, the Baltimore Orioles selected Roney in the 18th round with the 545th overall pick in the 2011 MLB Draft as a third baseman.

While in high school, Roney was named Class 6A Alabama Sports Writer first-team all-state pick at utility. He hit .393 with four home runs, 19 RBI and 22 stolen bases. He started on the pitcher's mound as well striking out 76 and walking just 21 with a 2.21 ERA and a 5-3 record. Roney also took part in the North-South All-Star Game in his senior season.

Instead of signing with the Orioles, Roney chose to go to college and play ball for USM. By deciding not to sign a major-league contract, Roney couldn't be drafted again his junior season of college baseball.

He put up a sensational freshman campaign in 2012 as a Golden Eagle, in which he played both third base and pitcher. He earned a 2-1 record with freshman record of 11 saves and 26 strikeouts with just 14 walks and surrendering 14 hits.

At the plate, Roney had a .227 batting average as he hit two home runs, a double and 10 RBI. He didn't make an error on 22 fielding chances, and that includes 16 chances at third base.

As a result of his play on the field, the Collegiate Baseball and Conference USA All-Freshman team named Roney Louisville Slugger Freshman All-American. Baseball America named him the No. 7 newcomer to C-USA before the season started.

Roney continued to play both third base and pitcher in his sophomore season. He hit for .250 with seven triples, two home runs, a triple and 20 RBI in the field at third base.

On the mound, Roney posted a 5.93 ERA while striking out 15 and walking 11 in 13 and 2/3 innings. He converted seven of eight save chances in the season. He played third base, first base, designated hitter and closer for the Golden Eagles during his junior season. He also had his best season on the diamond for USM in his last season with the team.

In the field, Roney made 24 starts at third base and 15 starts at first base. He was also named designated hitter three times as he hit for a .201 average with six doubles, two home runs and 12 RBI.

As the USM closer, he earned a 2-0 record and made 12 saves as he posted a 1.24 ERA with 38 strikeouts and 16 walks. His work on the mound earned him a second-team C-USA team as a relief pitcher.

In his three seasons with the Golden Eagles, Roney tied a school record with Collin Cargill for saves with 30 during his career at USM. While the Orioles were interested in him as a third baseman, the Atlanta Braves selected Roney with 253rd overall in the eighth round.

After signing with Atlanta, Roney was assigned to the Danville Braves in 2014 for rookie ball. He posted a 2-3 record and a 4.03 ERA with 34 strikeouts, 20 walks and one save.

Roney spent time with three teams in 2015. He pitched for Danville, Rome Braves (Full A) and the Carolina Mudcats (Advanced A). During the 2015 season, Roney achieved a 3-1 record with 70 strikeouts, 35 walks and converting 11 of 13 save attempts.

This season, Roney is moving up to Double A ball with the M-Braves. He is not the only player on the roster with ties to our state. Former University of Mississippi pitcher Chris Ellis made his first stop in Pearl.

Other notable players on this year's roster are two top 10 prospects, Sean Newcomb and Ozzie Alibes. Newcomb is the second-rated prospect in the organization, and Alibes was the Low-A Rome Player of the Year last season.

Brandon Barker and Connor Lien come to the M-Braves after being named 2016 Braves Organization Pitcher and Player of the Year at High-A Carolina. The M-Braves currently have 29 players on their roster.