Boyfriend Speaks on Oxford Cancellation of Her Sexually Charged Performance 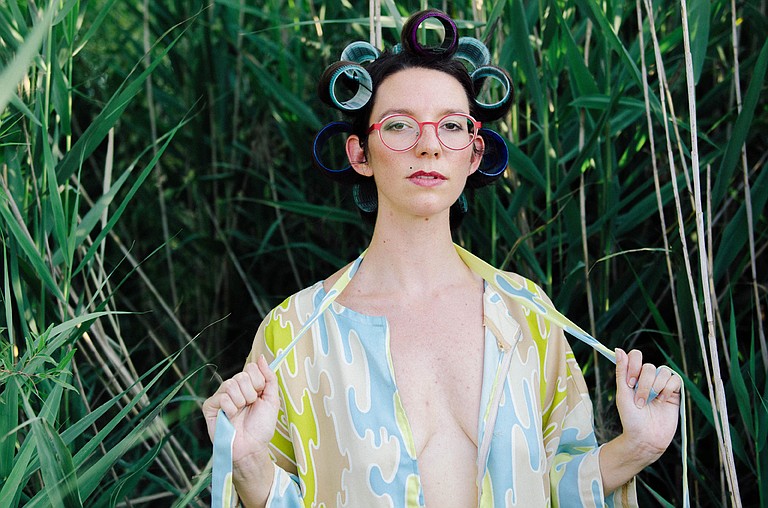 JACKSON — New Orleans rapper Boyfriend sat in the green room at Proud Larry's, a venue and restaurant at Oxford, Miss., on Saturday, April 9, reapplying her lip liner—always a last-minute touch before she takes the stage. There was only about an hour until show time when owner Scott Caradine and the venue's management team asked to speak with her.

"Honestly, I thought I was getting in trouble because of cupcakes," Boyfriend says with a laugh. "I thought they were going to be like, 'Where are you hiding the cupcakes? We know you brought some.'"

Instead, Caradine told her they may have to cancel the show, citing recent trouble with state officials threatening to remove venues' licenses for presenting sexually charged live shows. Her live show combines music with theatrical and burlesque elements to complement her often-sexual lyricism.

In February, the Mississippi Alcohol Beverage Control prompted The Dollar Box Showroom in Hattiesburg to cancel the performance of another New Orleans artist, Big Freedia, for "gyrating." Caradine told the Jackson Free Press that, ultimately, the decision came down to the uncertainty about what is and is not legal for live performances in the state of Mississippi, and he thought it would be best to postpone the show until that was clear.

Boyfriend says she was disappointed to waste the pre-show adrenaline and to not be able to perform for her Mississippi fans, many of whom would be arriving at Proud Larry's within an hour. At the same time, she says, she recognized the position the venue was in.

"Scott is a really intelligent and articulate person, and when he voiced his concerns to me, I totally did understand," she says. "I told him, 'If it would be me who'd be persecuted and might wind up in handcuffs after the show, then we're doing it. I'm walking upstairs right now.' But because it would be him and his business that would be put at risk, that's not a very ladylike thing to do, to insist on me moving forward."

Boyfriend is currently touring to promote her latest album, "Love Your Boyfriend, Pt. 3," which she released independently on iTunes, Amazon and other digital retailers on March 18. After existing as an "Internet-only" artist for a while, Boyfriend says, she initially had trouble making a dent in the boisterous brass bands in the New Orleans music scene. As a fan of both Broadway plays and burlesque, she decided to infuse them into her performances. Her show has been structured similarly for about two years, she says, and the cancellation at Proud Larry's was the first time that has caused issues.

"A lot of people in New Orleans come to see the music, and yes, they're respectful of music, and yes, they're watching the musicianship, but they're also catching up with friends, drinking beers, laughing and talking," she says. "Those louder instruments kind of carry their own above chatter, whereas I could not. So I knew that if I took this away from concert and toward theater, then it would demand audiences' attention a little differently. Burlesque is a very natural element of the boudoir and something I'm very interested in. I think it's one of the classiest, oldest and political forms of performance out there."

Caradine told Boyfriend that it wasn't in his policy to ask artists to edit their performances, but that was the only way he could feel comfortable continuing with the show without risking his license. They talked for only about a minute, considering which elements of Boyfriend's stage act could be made less explicit. Boyfriend says she began thinking of her more sexual lyrics and wondering whether she would have to cut numbers from her show. In the end, she and Caradine agreed that postponing the concert would be the best course of action.

Despite the setback, Boyfriend says she plans to return to Mississippi soon. She equates the response from the cancellation to part of Mark Twain's "The Adventures of Tom Sawyer." In the story, Sawyer was tasked with whitewashing a fence but instead tricks the neighborhood children into doing the chore for him by telling them it's a special job only for him. It's working in both directions, she says: Mississippians want to see Boyfriend because they couldn't, and Boyfriend wants to play in Mississippi because she wasn't allowed.

"It's definitely not the end of that," she says. "At this point, I'm watching all the Mississippians whitewash the fence, and I want my turn. You took it away, so I want it even more. We'll find a way to come back. Maybe it's a loophole, or maybe it's just a way to where I'd be the one to be persecuted instead of the venue owner. Something I'm not prepared to do is ask someone to put their livelihood at risk on behalf of my business. But I can be the one at risk. That's fair."

Music Editor Micah Smith is married to a great lady, has two dog-children named Kirby and Zelda, and plays in the band Empty Atlas. Send gig info to [email protected].