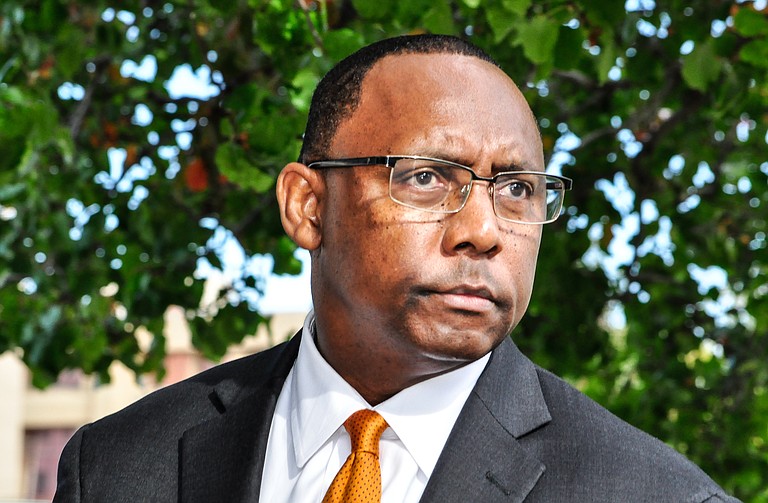 Epps had been scheduled for sentencing Monday after he pleaded guilty alongside Cecil McCrory to money laundering and filing false tax returns related to $1.47 million in bribes prosecutors say he took. He faces a potential 23-year sentence, but a judge delayed a decision as prosecutors and defense attorneys argued over the value of his crimes.

McCrory, a former state House member and Brandon businessman, pleaded guilty to one count of money laundering conspiracy in February 2015.

"He does want to go to trial," Tanner told reporters afterward. "The evidence will overwhelmingly demonstrate that my client should be allowed to take his guilty plea off the table."

McCrory faced a 20-year sentence from his plea and had earlier agreed to forfeit $1.7 million in assets. He could face up to 210 years in prison under the original 15-count indictment.

Wingate reset Epps' sentencing date to July 18. Part of the reason for the third delay in sentencing revolves around disputes over how to calculate the monetary value of Epps' crimes. Further complicating the situation, defense lawyer John Colette said Epps wants to get credit for the assistance he's provided the government in giving evidence against others.

Assistant U.S. Attorney Darren LaMarca told Wingate that a grand jury is considering charges against additional people, and that discussing those names in court now could give away grand jury secrets.

Wingate must receive a sentence recommendation before he can decide how long Epps will spend in jail and prosecutors and defense will argue about the value of Epps' crimes at a June 9 hearing. LaMarca told Wingate that prosecutors have determined that Epps awarded more than $800 million in potentially dirty contracts over seven years ending in 2014. But those are the overall payments from the state to 15 or more companies.

Both sides agree that the court needs to determine how much benefit the companies received, which is expected to be less than the $800 million, and the companies will have to be subpoenaed to testify.

Epps, who worked his way up from a prison guard during 32 years in the system, used the bribes to buy a home in a gated subdivision, a beachfront condo and top-of-the-line Mercedes Benz vehicles. He stashed some money in brokerage accounts and agents found $69,000 in cash in a home safe during a raid. Epps is forfeiting $1.7 million in assets, although prosecutors agreed his wife was entitled to $200,000 in assets.

Besides McCrory, two other men have pleaded guilty to bribing Epps. Former prison phone consultant Sam Waggoner is scheduled to be sentenced Thursday. The Carthage man pleaded guilty in August to one bribery count, saying he paid more than $108,000 in kickbacks to Epps from a prison phone consulting contract. Waggoner faces up to 10 years in prison and up to $250,000 in fines, and has agreed to forfeit $200,000.

Harrison County political operative Robert Simmons pleaded guilty to one count of bribery in February relating to kickback he paid to Epps for contracts covering probation services, construction and construction management. He's scheduled to be sentenced May 26. Simmons was also accused of bribing a Harrison County supervisor for a jail medical contract.

Another former state representative, Irb Benjamin of Madison, is scheduled for trial July 5 on charges of conspiracy to commit honest services wire fraud and bribery. The indictment says Benjamin bribed Epps for contracts at prison work centers and county jails.