The ‘Sunny’ Side of Widespread 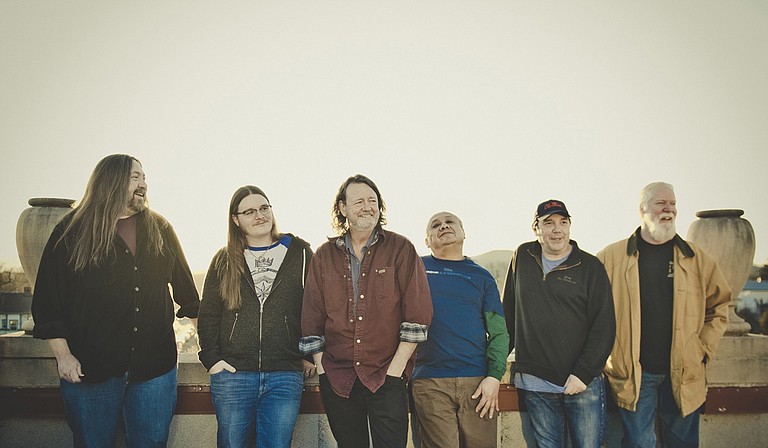 After three decades of music, more than 3 million albums sold and attendance records at venues such as the Red Rocks Amphitheater in Morrison, Colo., and the University of New Orleans' Lakefront Arena, it's clear that Widespread Panic has changed quite a bit since vocalist John Bell and late guitarist Michael Houser first began writing songs in their dorm at the University of Georgia.

Today, the band consists of keyboardist John "JoJo" Hermann, who joined in 1992, guitarist Jimmy Herring, who joined in 2006, four years after Houser died of pancreatic cancer, and drummer Duane Trucks, who became an official member in February 2016 following original drummer Todd Nance's departure. Then, there are the three remaining founders of Widespread—Bell, bassist Dave Schools and percussionist Domingo "Sunny" Ortiz.

While Ortiz is a pivotal part of the legendary Athens, Ga.-based jam band, he was the last addition to the original lineup in 1986. There was even a time just before Widespread that he almost gave up music entirely.

"We'll call it a 'transition phase,'" Ortiz says with a laugh. "I was in the middle of transitioning from the Southwest to the East Coast, and you know, I didn't really know if I wanted to pursue music anymore. I'd been living in Austin for about 10 years, playing in different bands, different styles of music, everything. My buddy owned a club here in Athens, Georgia, for three years, and I've known this guy since 1969, so we stayed in contact. He always had said when he moved to Georgia, 'Man, you need to move here. You need to come here. You'll love it.'"

Ortiz would tell his friend that he was just too busy to visit. However, once he made the decision to leave Austin, he didn't really know where else he wanted to be. "Why not?" he told his friend, and he headed for Athens. He soon connected with the fledgling Widespread Panic and sat in with them just to see how it would go. By the time the band recorded its 1988 debut album, "Space Wranglers," Ortiz had become a permanent member.

"I always loved the whole jazz realm of things, and when I met these guys, they were right there, and they didn't know it," Ortiz says. "They were into the experimental music, as well, but in a different style, so to speak. So when I hooked up with these guys, they didn't know who I was from Adam that night I sat in with them. But they opened their arms to me and said, 'Yeah, man, come out and play.' It was kind of special. I'm not going to use the word 'magical,' but it was special."

While Ortiz has received attention for his mastery of the marimbas, congas and all kinds of hand percussion throughout his music career, the drums were his first love. Initially, he only switched because he had trouble finding gigs behind a drum kit, but he ultimately chose to remain a percussionist.

"What intrigued me the most are the layers a percussion player can create," Ortiz says. "He can do one track of congas, go back and overdub a tambourine, overdub a cowbell part, overdub a timpani part and overdub a marimba part. You're just versatile, you know. You're multi-talented; you can play all those instruments, but if the time came to do a solo, you could do a solo on that instrument. It's like with Will Ferrell, 'more cowbell,' that whole Saturday Night Live skit. You can go crazy on a cowbell just like you can go crazy on a clave."

Ortiz and his Widespread cohorts have continually released new music over the years between their 60 to 70 tour dates annually—much more manageable than the 200-plus performances per year of their early days.

Widespread Panic is currently touring to support its 12th studio album, "Street Dogs," which hit shelves Sept. 25, 2015, and peaked at No. 53 on the Billboard 200. While Ortiz says it's great to see that fans are enjoying the album, "those are just numbers."

"I think every artist has boundaries that they want to (surpass), whereas for us, all we wanted to be able to do was express our music how we express it," he says. "A lot of people strive for perfectness and getting the top 10, top sales, top this or top that, but our biggest thing from the get-go—and this is what I appreciate most about the boys—is that all of us are just lucky enough to be able to do what we always dreamed about doing."