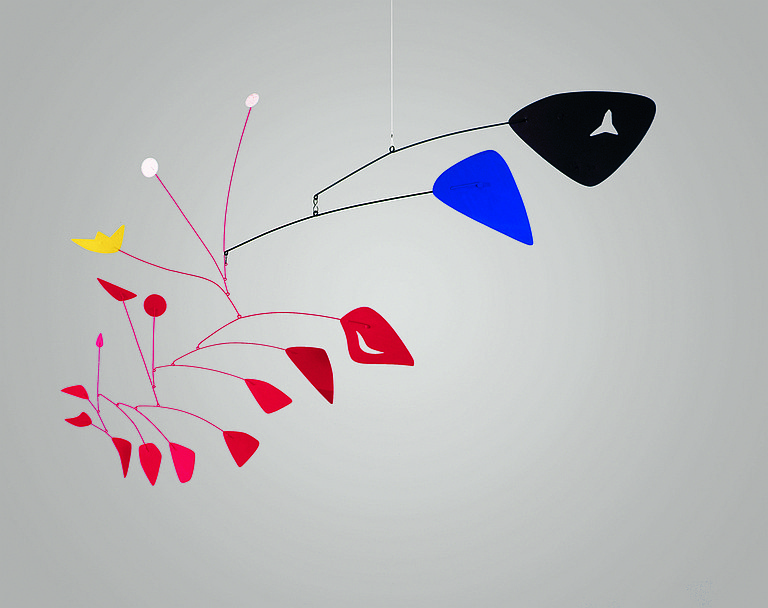 Financier Roy R. Neuberger's philosophy that the contemporary world should buy the artwork of contemporary artists led him to collect the art his own generation made, from artists such as Jackson Pollock, Georgia O'Keefe and Jacob Lawrence, before they became revered or even remotely famous. "When I started, I felt that in a small way I could render a service, because I would be able to help artists who were young and struggling," he stated in a blurb about the exhibit on neuberger.org.

His belief that living artists should be supported changed the mentality of art collecting in the U.S. He purchased art, not as pieces to be hoarded or used as investments, but to be preserved and shared, simultaneously providing a way for new or little-known artists to continue creating.

A taste of this collection will arrive soon in Mississippi. The traveling exhibit "When Modern Was Contemporary" is on loan to the Mississippi Museum of Art from the Neuberger Museum of Art in New York. The Mississippi Museum of Art is the first stop on the collection's country-wide tour. With everything from landscapes to sculptures and drip paintings, the selections in the exhibit are a testament to Neuberger's eye. Nearly every piece is considered a masterpiece, just as the overwhelming majority of the artists are some of the greatest America has ever been given. No longer contemporary art, this historical collection shows the diversity of our backgrounds and the unity of our creative souls. "When we fill an exhibit space, we like to bring in work that maybe (hasn't been seen) in Mississippi," Julian Rankin, the museum's marketing director, says about why it chose that particular exhibit. The exhibit will have work from 52 artists, including Marsden Hartley, Joseph Stella, Willem de Kooning, Jackson Pollock, Mark Rothko and Romaire Bearden.

This particular exhibit shows the progression of the 20th-century American art world, from early stages reflecting European tradition to the first forays into Abstract Expressionism. Jacob Lawrence, widely regarded as one of the best-known 20th-century African American painters, used cubism as a way to show the struggles of African Americans as they suffered in Harlem during the Great Depression.

Though French art influenced many Cubist artists, the colors and shapes of Harlem influenced Lawrence. In his work, "In the evening evangelists preach and sing on street corners," a man dressed in blue kneels on a street corner singing. A cross, Bible and a collection plate sit beside him, and a crowd of people watch. The figures are black, and their clothes are mostly primary colors with the exception of green.

A companion display, "Reflections," will showcase art from the museum's collection, including Mississippi artists Fred Mitchell, Andrew Bucci and Dusti Bonge. It shows the development and influence of abstract art and what the artists contributed to their sociopolitical environment. Both exhibits reflect the strain on social relationship during growing industrialism and world wars, the effect of which can be seen in the development of these modern art forms.

The event opens with the "Party of the (Mid) Century" on April 8. The event, which was inspired by Truman Capote's "Party of the Century," will have a curated dinner, live theater, music and cocktails. Art in Flesh, which is a group of makeup artists, will do body painting that night. The event is formal attire, and masks are encouraged. Tickets are $150 with patron and sponsor commitments available. The event begins at 7 p.m. "When Modern Was Contemporary" will be on display at the Mississippi Museum of Art (380 S. Lamar St.) from April 9 through Oct. 30. For more information, call 601-960-1515 or visit msmuseumart.org.

CLARIFICATION: Art in Flesh will do body painting for Midnight Modern, which follows the Party of the (Mid) Century. That event is from 11:30 p.m. to 2 a.m.